Spending time inside the rosary.

Doing villainous things on her own will (formerly).

Inner Moka Akashiya is the dark but true side of Moka Akashiya, the main female protagonist of the manga/anime series Rosario+Vampire. Even though she is mostly an anti-heroine, she is not without her fair share of villainous moments.

She is voiced by Nana Mizuki in the Japanese version of the anime and Colleen Clinkenbeard in the English version, the latter of whom also voices Therestina Kihara Lifeline and Otoya Takechi.

Inner Moka, or Ura Moka, is Moka's other self, revealed only after Tsukune removes Moka's Rosary Seal. Inner Moka is basically Moka's polar opposite. She's strong, powerful, and very prideful. She also becomes delighted with Tsukune's blood and early on states that it is the main reason why she bothers to save him whenever he is attacked in the first place. However, as time goes on, she comes to genuinely respect Tsukune's growing courage and gentle heart, especially after he risks his life several times in order to pull off the rosary to free her when the both of them are in danger. His gentle and caring nature slowly begin to wear down on Inner's cold demeanor, not only towards him, but to Yukari, Kurumu, and Mizore, as she begins to accept the girls as friends despite their mutual 'rivalry' for Tsukune.

'Inner Moka' is actually the true Akashiya Moka, with Outer Moka being a personality created by the power of the rosary, which somewhat suppresses the powerful vampire blood within her. Despite this, 'Inner Moka' shows an incredible amount of concern for Outer Moka that mirrors a 'sisterly bond' at times. She's determined to protect whatever Outer Moka holds dear, especially Tsukune. She respects and treats Outer Moka as she would her own sister (a younger one) and will berate her if she doesn't do what she is supposed to do i.e., doing homework, eating properly, or taking a shower before going to bed. 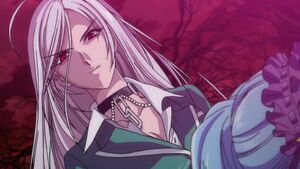 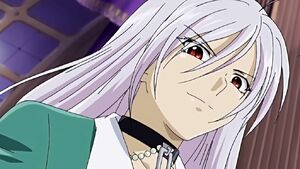 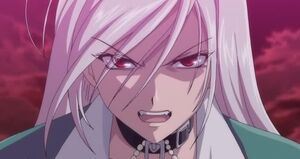 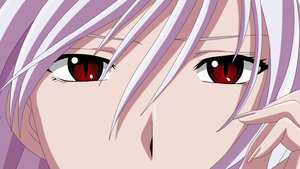 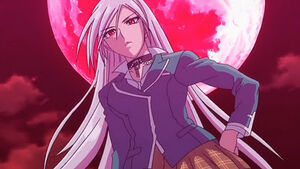 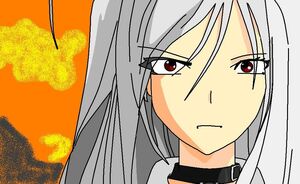 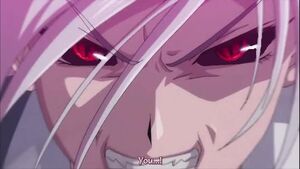 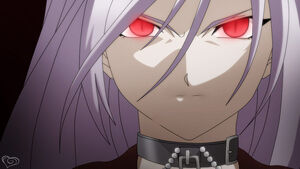 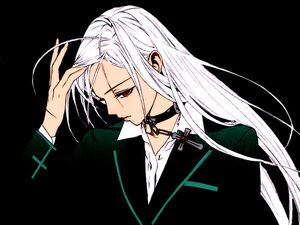 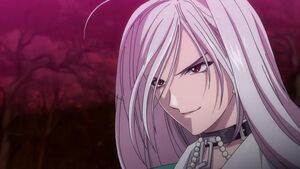 Add a photo to this gallery
Retrieved from "https://villains.fandom.com/wiki/Inner_Moka_Akashiya?oldid=3738088"
Community content is available under CC-BY-SA unless otherwise noted.