Deity of Abbey (as Innonminant)

Suppress humanity by becoming Innominant and enslave the entire world under his thumb.

Innominant the Suppressor is the overarching antagonist and the catalyst in Tales of Berseria. He is the 5th Empyrean and worshipped by the Abbey.

He was voiced by Abby Trott in the English version and by Rie Kugimiya in the Japanese version.

Innominant is the deity worshipped by the Abbey 1,000 years before the story of Tales of Zestiria. Known as the 5th Empyrean, he is the great Empyrean of Suppression whom the Abbey, more specifically Artorius Collbrande, is attempting to revive so that he may sunder emotion from humanity and "free" the world of malevolence.

Three years prior to the events of the story, Artorius sacrificed his brother-in-law, Laphicet Crowe, during an event known as the Advent, and subsequently fueling the heroine Velvet's thirst for revenge.

However, turns out that Laphicet Crowe did not die at all, but becoming a reincarnation of Innominant itself in the price of losing his humanity and commit horrible things with his full free will. What was more chilling was that Laphicet was also willingly to become the vessel of Innominant himself and was fully aware of what he is doing.

Instead of bringing his sister happiness after turning into Innominant, Laphicet had became obsessed with devouring malevolence inside humans, to the point of driving his minions into emotionless shells like walking dead so that they could save them forever. The transformed Innominant also tried to taunt Velvet and bring into despair so that he could consume her hatred and despair, the only two types of the malevolence he was lacked of. Eventually, Velvet found that her road to revenge that drove her into a monster had became all for nothing.

In a sense of cruel irony, by choosing to assist Artorius with his plan and not tell Velvet his intentions, Laphicet not only ended up destroying Velvet's life, but it also led to Velvet ultimately destroying Artorius' plan to suppress humanity's emotions and free will through Innominant. Therefore, Laphicet/Innominant is the catalyst of the entire Tales of Berseria.

After the death of Artorius, Innominat lost his control and broke down in hunger. In order to save the world, Velvet sacrificed herself to seal Innominat, with Innominat consuming her malevolence while she turn his power into malevolence, struggling for eternity so that she will seal Innominat forever. The action broke the cycle of Innominat's awakening, and the malak Laphicet/Phi had volunteered himself to take Innominat's place as the 5th Empyrean with the help of the four former praetors, reincarnated into Four Elemental Empyreans, to maintain orders.

By the time of Tales of Zestiria occured, Innominat had been long forgotten by modern society.

Laphicet is the younger brother of Velvet Crowe who suffered from a plague known as the Twelve Year Sickness. One day, he and his sister went out and was attacked by a daemon, but were both rescued by their brother-in-law, Artorius. Later, Laphicet spoke with Artorius about the impending Scarlet Night and longing to make a world in which Velvet can be happy.

Having read Artorius' book, Laphicet understood the necessity of two souls of powerful resonance and free of eight types of malevolence needing to be sacrificed in order to resurrect Innominat, the Empyrean of Suppression, and rid the world of daemons. After meeting his uncle in the cemetery, Laphicet volunteered himself as the second sacrifice to revive Innominat due to his illness prevented himself from seeing the next Scarlet Night occurred three years later. Artorius's unborn son having been the first nine years before this and was reincarnated as Teresa Linares' Malak, Number Two/Phi, while his wife was reincarnated into the Malak, Seres. After that, Laphicet requested that Artorius keep this information hidden from Velvet, to which Artorius agreed.

After Laphicet's apparent death, Velvet was tormented by the anger and sadness before vowing revenge upon Artorius, even to the point of turning into a daemon, setting the event of the entire series. However, unknown to Velvet, Laphicet did not die but became an reincarnation of Innominat himself, fully having his free will, and decided to purge the world from the malevolence.

Although Innominat carries with him Laphicet's memories, with which he uses to taunt Velvet, he is an autonomous being who adheres to Artorius's goals in his insatiable desire for malevolence, which he feeds upon. Through seven therions located at different earth pulse points across the world, Innominat uses these "mouths" to strengthen himself, though he requires eight different types of malevolence in order to reach his fullest potential and engulf the planet in a large enough domain that will suppress the entirety of humanity's emotions. These malevolent types are hatred, despair, greed, conceit, obsession, lust, cowardice, and selfishness. Artorius manages to feed Innominat with six of the eight required types before needing only the two Velvet holds in her possession: hatred and despair. When Velvet loses her despair, Artorius himself offers his own in a final attempt to subdue Velvet and rid the world of emotion. This occurs in Innominat's transcendent body, which is essentially the planet and earthpulse itself. Using the memories of the earthpulse to his advantage, Innominat toys with Velvet's emotions when she becomes trapped in the earthpulse after a confrontation with Artorius.

Prior to these events, Laphicet spoke with Arthur about the impending Scarlet Night and longing to make a world in which Velvet can be happy. Having read Arthur's book, Laphicet understood the necessity of two souls of powerful resonance and free of malevolence needing to be sacrificed in order to resurrect Innominat, the Empyrean of Suppression, and rid the world of daemons. Knowing he would not live to see the next Scarlet Night due to his illness, he volunteered himself as the second sacrifice to revive Innominat, Arthur's unborn son having been the first nine years prior. Laphicet requested that Arthur keep this information hidden from Velvet, to which Arthur agreed.

Defeated, Innominat appears physically and mentally exhausted, yearning out of hunger after Velvet kills Artorius. In a dramatic scene, Velvet chooses to seal Innominat away, along with herself, where the two can adhere to a stable, endless cycle of Innominat feeding off Velvet's malevolence while she converts his very power into malevolence. Being that Innominat revives every 1,000 years in order to purge the world of malevolence before falling into a slumber and allowing the four elemental Empyreans to recreate the world, this cycle ends with Velvet's decision, and Laphicet assumes Innominat's place as leader of the Empyreans, taking on the form of a dragon called Maotelus. 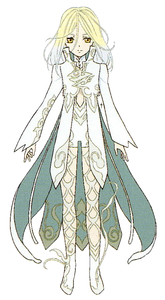 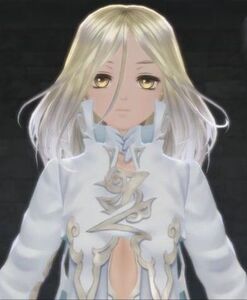 Innominat's in-game appearance.
Add a photo to this gallery 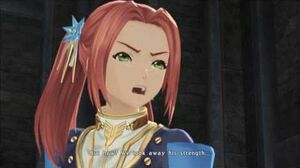 Retrieved from "https://villains.fandom.com/wiki/Innominat_the_Suppressor?oldid=3525747"
Community content is available under CC-BY-SA unless otherwise noted.