Insanity Wolf is a mentally insane gray wolf and a major antagonist in Animeme. He is the rival and arch-nemesis of Courage Wolf. The channel itself makes various comedic animated videos based of popular memes on the internet. The Insanity Wolf is often regarded as one of their most famous and well known characters. In most of his appearances, he tries to entice the viewer into committing insane and atrocious acts. Most of which involve rape, murder, mass destruction, and more. He also sometimes brags about himself being a barbaric psychopath, ranting on about his evil deeds and terrible actions.

He was voiced by Redminus.

At his core, the Insanity Wolf relishes in death, destruction, pain, rape, and horror itself. He commits insane and barbaric crimes without hesitation and no remorse whatsoever. He has no need for companionship, seeing as how it's implied that he murdered his own family. He further expresses his bloodlust when he sings twisted versions of Jingle Bells and Deck the Halls, adding blood and profanities in it.

Insanity Wolf is a large wolf with red eyes and grey (sometimes black) fur with lighter grey fur around his mouth, underside and back paws.

Insanity Wolf has made various appearances in Animeme. His first was in episode one called Black Baby and has since been in almost every episode and even had his own Christmas special where he killed characters from many classic Christmas specials in various horrific ways while singing a twisted version of Jingle Bells. His biggest role was in the season 1 finale of Animeme Rap Battles when he fought Courage Wolf in an intense battle that led to the destruction of the Earth.

On June 17, 2016, Animeme uploaded the pilot episode of Animeme Rap Battles season two. In the video, Insanity Wolf fought against Slender Man. The Wolf actually managed to briefly frighten Slender Man and ultimately ended up feeding him to his many babies.

Lyrics to his Christmas song

♪And fat, what do you weigh?♪

♪Oh what fun it is to ride over bodies everyday!♪ 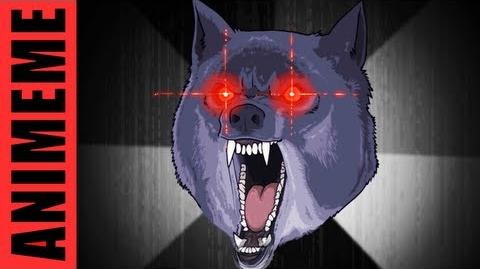 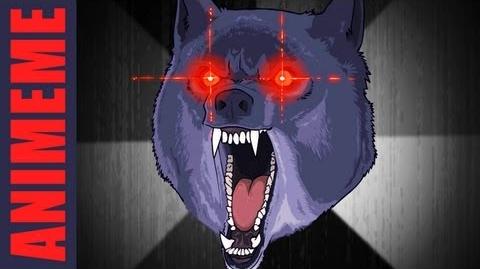 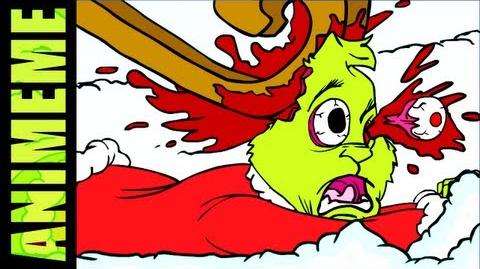 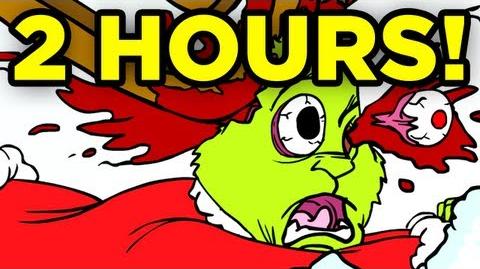 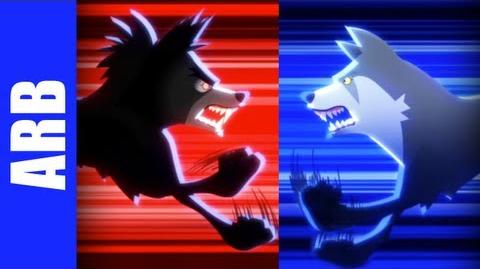 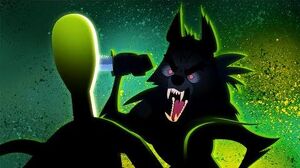 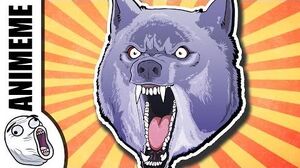 INSANITY WOLF 3
Add a photo to this gallery

Retrieved from "https://villains.fandom.com/wiki/Insanity_Wolf?oldid=3889892"
Community content is available under CC-BY-SA unless otherwise noted.