Fall of the Hulks: M.O.D.O.K. #1 - Intelligencia vs Insmelligencia

Stealing information for their sinister plans.

Defeat any superheroes that try to stop them.
Take over the world.

Genius Supervillains
Intelligencia is a group of supervillains in the Marvel Comics universe. They are enemies of the Fantastic Four, the X-Men and the Avengers. The members of this team are originally the Leader, Wizard, Egghead, the Mad Thinker, the Red Ghost including his Super-Apes and Doctor Doom. M.O.D.O.K., Klaw and Trapster would become additional members of the group later on in the future.

Intelligencia was formed in the beginning by the Leader. The reason he did this was so that they could find and gather the lost information of the Library of Alexandria. He would gain other members such as Wizard, Egghead, the Mad Thinker and Red Ghost. Doctor Doom would also cooperate with them in order to safeguard the information so no one else is aware of their plan. The group would then create a device (except Doctor Doom) that would make them fall slightly out of time with the real world. This ability would make them undetectable to any advanced technologies on Earth. They would eventually start their first heist and it would become a success, being able to steal one third of the information from the super humans known as the Eternals.

Throughout the years they would still come up with strategies for their upcoming heist while also doing solo missions in order to avoid suspicion from the superhero community. At times, they were even willing to break each other out of prison while simultaneously keeping their a group a secret. They would later revive and reform the supervillains Absorbing Man, Sandman and Klaw so that they could keep them uninvolved with each other. After Egghead is killed, they would need a replacement and so in response the Leader selected M.O.D.O.K. as a substitute.

Later on they would steal the next bit of data from Wakanda. After they retrieve it, Doctor Doom built tachyon beam that unintentionally captured the attention of the Beyonder. The team also healed the Venom Symbiote in the aftermath of the Beyonder's Secret War. After this event, the team would do smaller missions to collect further information. Eventually, the last piece of information was discovered by the group in the Library of Atlantis. They were able to fortunately get it before it would be destroyed. Unfortunately, when they retreated back to Latveria, Doctor Doom double crossed them and stole all the information. The group would then disband after the Leader left the battle with Doom, knowing full well they could not defeat Doctor Doom in his own homeland.

After several years passed, the Leader would encounter M.O.D.O.K., who had some interesting information. The data he had learned from the texts, M.O.D.O.K. used gamma and cosmic radiation to create the Red Hulk, who could be used to defeat the Hulk. Both concurred that they had to eliminate the eight greatest minds on Earth as well get revenge on Doctor Doom for his betrayal in the past. The Leader would then use M.O.D.O.K.'s technology to create Red She-Hulk and both would change Rick Jones into the A-Bomb via a blood sample from an enemy of the Hulk, the Abomination (Marvel). They would plan on using him against his friend the Hulk. Despite the Red Hulk assisting them by drawing up a battle plan for them, he was cast out of the group. Now seemingly allied with Lyra and Doc Samson, Intelligencia made their first move. They successfully captured Reed Richards (via sending the Wizard and his Frightful Four) and Doctor Doom (through sending the Cosmic Hulk robot). Intelligencia would then dispatch Red She-Hulk to capture Hank Pym, who she captures with the same mentally reducing technology used to capture Doom. The Red Ghost is then sent to capture Black Panther and also captures Beast as well. They were all brought aboard the Golden Hellicarrier, which the team took over and made their own base.

Despite their differences and past rivalry, Bruce Banner (Hulk) and Red Hulk join forces in order to stop Intelligencia. However, the Leader and M.O.D.O.K. planned for this potential threat. When the Hulks, the Fantastic Four, the X-Men and the Avengers went on a full on offensive, it all fell exactly how Intelligencia anticipated. With the Red Hulk captured, they used him to create many other Red Hulks out of A.I.M. agents and turned their other foes into super-powered Hulks as well, setting the stage for World War Hulks. Despite their combined intelligence and power, Intelligencia were unable to match the mind of Bruce Banner who was able to see through their illusions and used his knowledge to use their equipment to re-absorb the gamma radiation in all the Hulks and transformed back into the Hulk but with a combination of the Professor Hulk and the Sakaar Hulk. The Leader and M.O.D.O.K were defeated and the rest of the members of the Intelligencia fled but were later captured by She-Hulk and the Savage She-Hulk.

Despite their defeat, they would later escape and come into possession of a deceased Space Knight, intending to reverse engineer his technology for their own plans. They also kidnapped Spider-Woman when she was caught spying on their plans. This resulted in a battle with the Avengers who came to rescue Spider-Woman. After the fight, the Space Knight "corpse" was actually a disguised Ultron, who had now returned to Earth to conquer the planet.

After Ultron was defeated, Intelligencia was created again consisting of M.O.D.O.K., Wizard, Mad Thinker and his Awesome Android, Red Ghost and his Super-Apes, and Chameleon (disguised as Klaw). Their plan was to develop a weapon that could send specific objects in space and they succeeded in creating the weapon. It was referred to as the Zero Cannon and the team used it to kill the Russian superhero team the Winter Guard. However, many of the members of Intelligencia were killed by the Sinister Six using their own weapon against them with only M.O.D.O.K., a couple of A.I.M. agents and one Super-Ape being the remaining survivors.

Despite this defeat, M.O.D.O.K. was successful in resurrecting the dead members of the Intelligencia as well as including Trapster as member of their team and formulated a plan after their predicted shattering of the superhero community. However, their meeting was interrupted by Deadpool, who tried to sink the ship they were on, but he was defeated by Trapster. For whatever reason, Intelligencia appeared to have disbanded after some of its members, including Wizard and Mad Thinker, were apprehended by Victor von Doom, who had turned a new leaf and took up the mantle of Iron Man. Later in its place New Intelligencia would be founded. 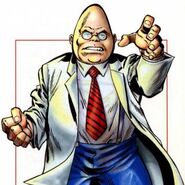 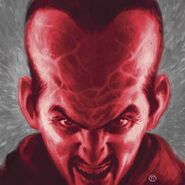 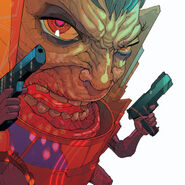 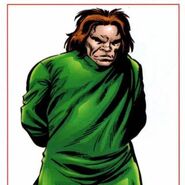 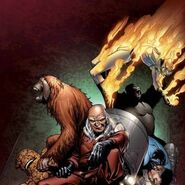 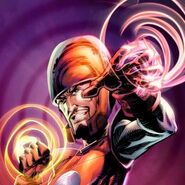 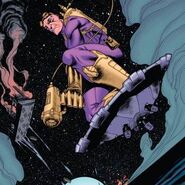 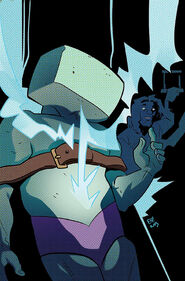 Klaw
Add a photo to this gallery
Retrieved from "https://villains.fandom.com/wiki/Intelligencia?oldid=3251745"
Community content is available under CC-BY-SA unless otherwise noted.