Purge the universe of all obsolete formats.

He was voiced by Roger Craig Smith as Internet, and by Keith David as Streaming.

In this episode, Internet (Now known as Streaming) controls Planet Streaming and when Mordecai, Rigby Eileen, Benson, Pops, Skips, Muscle Man and Fives are going to Planet Neilseen to find the seer and discuss Pops' history and why he must fight Anti-Pops. They arrive and are welcomed by two router like machines who tell them they've arrived on Planet Streaming, confused Benson tells them they thought this was Planet Neilseen, the two machines scan them and discover that they are the Disc Masters and attempt to imprison them however they are saved by Reel to Reel and Black and White the only remaining Guardians of Obsolete formats. Streaming himself does not appear until the end of the episode when everyone is attempting to leave, he attempts to kill the Disc masters but Reel to reel sacrifices himself to save them, Black and White in a fit of rage tries to avenge of him but is also killed by Streaming, he starts monlouging but begins buffering, The Disc Masters, Skips and Eileen escape just in time. Streaming then begins to chase after them but Blu Ray and DVD (now HD DVD) hold him off. 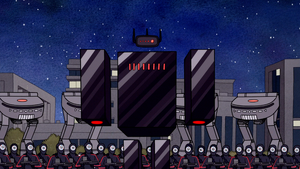 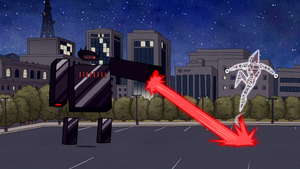 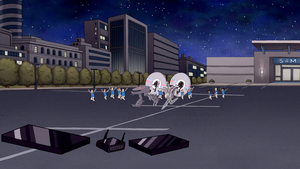 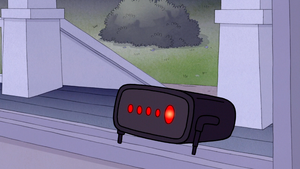 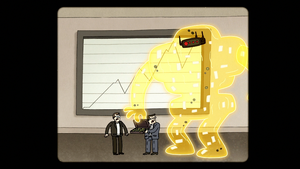