Leader of the Invaders

Superorganism
The Invader King is the primary antagonist of Metal Slug 6. He is the leader and apparent progenitor of the Invaders.

The Invader King sent its Invaders to attack Earth and devour the Mars People. The player then goes to retrieve Rootmars, who is located at their base. However, the Invaders attack the base and destroy it.

Later on, in the game's final mission, the players, with help from the Rebel Infantry, go to the place where the Invader King is located. In the first part of this boss fight, the Rebels come to help again. When the first part is destroyed, the platform where the battle is taking place snaps, and all the Rebels that were there at the time (shielded Rebels) are killed, leaving the players' characters in a one-on-one battle with the King.

The Invader King falls and implodes, making a huge, massive light. It blinds the players' characters, making them fall to their doom, only to be miraculously saved by either Morden or Rootmars. Then, the mission is all over. Together with the Rebel Infantry, they have defeated the Invaders and their leader. 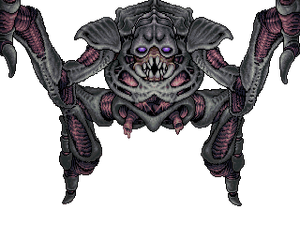 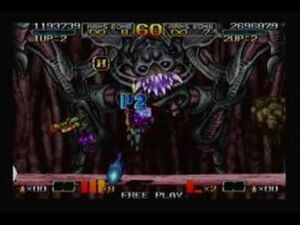 Concept art of the Invader King. 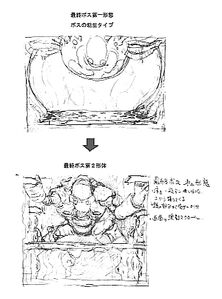