Brutish Alien
Moonstone, also known as the Invisible Gem Monster in her corrupted state, is a former corrupted Gem in Steven Universe, first appearing in the episode "Island Adventure". She was later healed in "Change Your Mind".

The Crystal Gems search for the monster on Mask Island at the beginning of "Island Adventure". Later on, the monster attacks Lars, Sadie, and Steven, causing Steven to summon his bubble to protect them. Sadie subsequently defeats the monster by stabbing her through the torso with a spear and her gemstone is bubbled by Steven.

Her gem is seen in Rose's Fountain (along with the other corrupted gems), therefore she is currently uncorrupted.

As its name suggests, the Invisible Gem Monster's body is completely invisible, except for its gemstone. Its features become discernible when substances such as mud or water coat its exterior, revealing it to be bulky with a strong build and no apparent neck, two eyes, and a mouth. Located on its chest is a cone-shaped gemstone with a slightly elevated base. While the cone portion is a consistent dark blue, the base is separated by an elevation and contains differing shades of blue.

Moonstone is translucent as in its corrupted form it has a mask, a suit similar to those worn in the snow with shoes similar to elves. 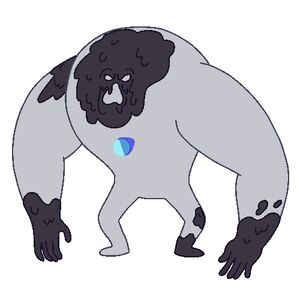 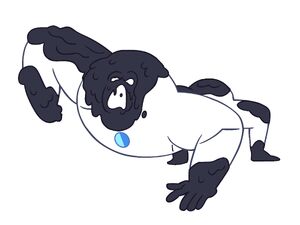 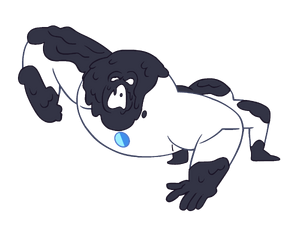 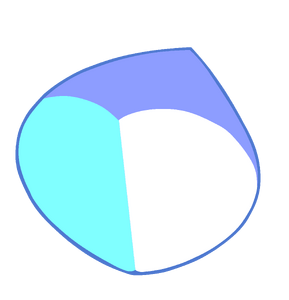 The Invisible Gem Monster's gem is located on the middle of its chest. It appears to have rough, ridged facets. 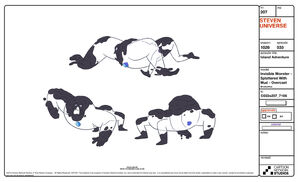 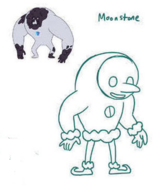 Moonstone in its uncorrupted form.