A Scandal in Bohemia

Blackmail the prince so that he may never be engaged.

Irene Adler is a major antagonist in the Sherlock Holmes Franchise only appearing in one story. She is one of the most notable female characters in the franchise and is the most popular villain next to James Moriarty. She is referred to as "The Woman" by Sherlock and is one of the few people to best him.

She is also featured in multiple forms of media most usually as a thief. She has been portryaed by Rachael McAdams (Sherlock Holmes), Lara Pulver (Sherlock), as well as many others.

Originally from America, Irene was born in New Jersey 1858 where she grew up to become an opera singer perfroming across the world even in larrge capitals such as Warsaw. She eventually in 1883 she met Wilhelm von Ormstein and they started a relationship. She kept a photograph of them and used the photograph to blackmail him as he was set to marry soon.

A Scandal in Bohemia

Wilhelm then met with Sherlock Holmes and hired him to apprehend Irene and receive the photgraph so that his marirage carry on without distraction. Holmes then took on the case and learnt about her past and took on a disguise to sneak the photograph out of her hands. He then sets a meeting up with her which is seen as an accident.

Sherlock with his disguise learns of the location of the photo and plots to secure for the prince at a later time. However, Irene saw through this and when Holmes went to receive the photograph all that was left was a note and photograph addresed to Sherlock. The letter reads that she is happy with her new life and husband, Godfrey Norton who she met and fell in love with, and she also explained her victory over him. She addresed the photograph as well by saying she would not use is if Wilhelm did not pursue her.

In the original story they don't have a romantic relationship as she loves someone else bu he is shown to admire her however in most media she is shown as a love interest for Holmes and is shown to help him in may cases. However she has an anti-villanous attitude as she can also be an adversary to him aswell as exploiting their relationship on occasions. It is also shown that she does have feelings for him and does care about him but enjoys toying with him aswell.

Sherlock does care about her but slightly as he will use her for his own purposes such as gaining information or yousing her skills for his own needs.

Watson does not interact with her much but does remind Holmes to be wary of her and sees her as a threat. He does however in the original book describe her as a beautiful woman. Overall he sees her as a dangeroues assset and does not underestimate her one bit.

While not in the source material but in media she is hown to be a pawn of Moriarty and is shown to fear him. She is shown to not underestimate him and tries to not fail him in any task he gives her. Moriarty sees her as a usefull asset and trusts her but he will kill her if necessary.

Irene is a major antagonist in this film adaptation. She is a thief who works for Moriarty who is tasked to steal a device for him by exploiting her relationship with Sherlock. She is a love interest for Sherlock and is shown to be a capable fighter and marksman. She tasks Holmes with a case for finding a man for her and then steals the device for Moriarty who she deeply fears and warns Sherlock to not underestimate. In both movies she is portrayed by Rachael McAdams.

Irene returns in this sequel as a minor character. She is murdered by Moriarty as he does not need her any more and sees her relationship with Holmes a danger. Her death causes Sherlock to more prominently go after Moriarty. In both movies she is portrayed by Rachael McAdams.

She is the secondary antagonist of the second series of the show and is a dominatrix who works for Jim Moriarty. She is the main antagonist of the episode A Scandal in Belgravia where she blackmails a royal for her protection rather than money or power. She is eventually defeated when Sherlock breaks the code which is revealed to be "Sherlocked". At the end of the episode she is about to executed but is saved by Sherlock last minute. She doesn't appear in any other episodes but continues to be a mentioned character in other episodes. She is portrayed by Lara Pulver.

Irene Adler is an alias used by Jamie Moriarty, the main antagonist of the show, in Elementary.  She is portrayed by Natalie Dormer.

Irene is a minor antagonist in this film. She is shown to be a doll that has had a previous relationship with Sherlock that has caused a drift between them. She is part of Watson's plan which is revealed to be Moriarty's plan at the end. She is voiced by Mary J. Blige. 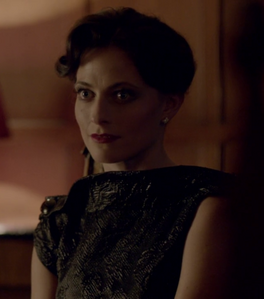 Irene Adler as she appears in the BBC series. 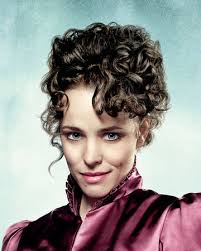 Irene in the film series. 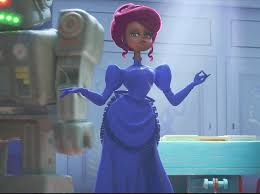