Leader of the Dragon Hunters

Leading his hunters.
Lying to his allies.
Antagonizing and motivating the heroes.

The Iron Baron was the leader of the Dragon Hunters, appearing as one of the two main antagonists (alongside Lord Garmadon) of Season 9: Hunted of LEGO Ninjago: Masters of Spinjitzu. His main goal is to find the Dragon Armor and control the Firstbourne.

He was voiced by Brian Drummond.

When the Iron Baron previously fought against the Firstbourne, he lost his left leg, his left arm and his left eye during the battle. He naked all Dragon Hunters at his own will. And if he is not obeyed, he will make the disobedient outsiders. When Kai, Jay, Cole, Zane, and Wu got into the Realm of Oni and Dragons using the Traveler's Tea, the Hunters captured all of them, except for Cole and Wu. They brought the captured trio to Iron Baron. Thinking of them as Oni, Iron Baron had them thrown into a pit arena for entertainment. But when they found them to be Elemental Masters he used them to hunt the dragon.

But when Firstbourne attacked Dead's End the Ninja released dragons, and when they the left Iron Baron and the Hunters went to hunt them. Later the Iron Baron's number two Heavy Metal, whose real name was Faith betrayed him because he decided to help the Ninja return home. And when the Iron Baron got Wu to be a son of the First Spinjitzu Master he also decided to capture him. And when he and the Hunters captured him and the Ninja he went with him to the Firstbourne's Nest because he wanted to steal the Dragon Armor so he would become invincible. And when he gave the first impression to the Firstbourne it was bad because it listens to the sound of a good heart. After that Firstbourne captured him in a molten stone. 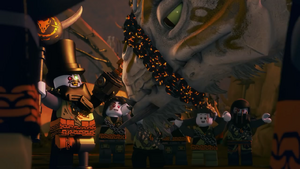 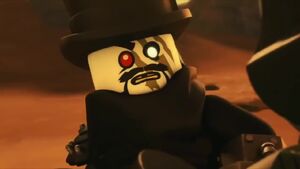 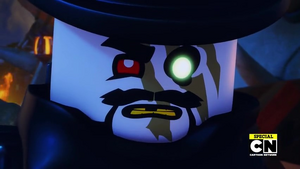 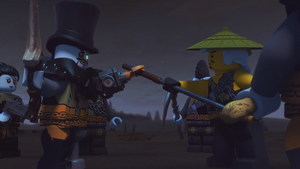 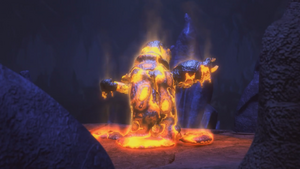 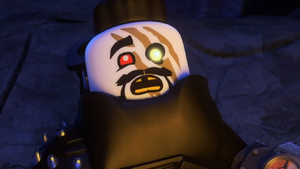 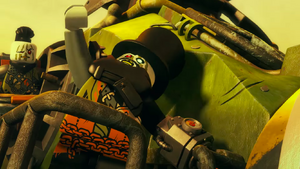 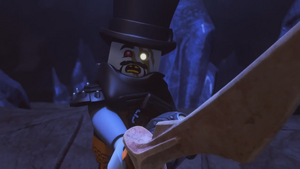 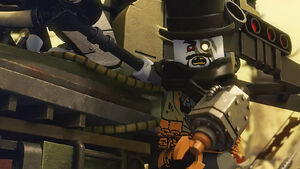 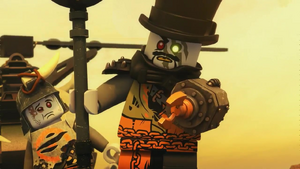 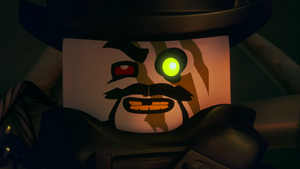 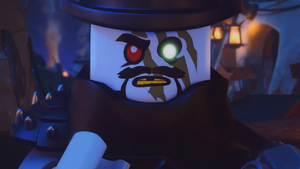 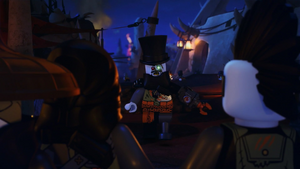 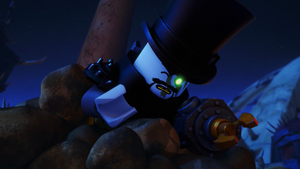