World of Warcraft: Warlords of Draenor

Supplemented with magic and the assistance of several different allied species.

Overthrow the Alliance and conquer Azeroth.

Imperialists
The Iron Horde are the main antagonistic faction of World of Warcraft's expansion, Warlords of Draenor and are the result of Garrosh manipulating time in order to set orcs free from demonic corruption, as well as exact vengeance on the races of Azeroth.

The Iron Horde are thus what orcs would of become had they not drank of the Pit Lord's blood - however Garrosh also boosted them with future technology so as to exact his revenge on Azeroth for his previous defeat in Mists of Pandaria. Garrosh Hellscream escapes captivity and, with the aid of a magical accomplice, manages to travel across time. By returning to a point before Draenor was destroyed and the Outland formed, Garrosh prevents the Horde as we know it from forming, and instead uses his knowledge of the future and it's technology to bring the armies of Draenor together and form the Iron Horde. Thanks to their advancements in technology, Garrosh and his Iron Horde manage to create a Dark Portal - resulting in a time-spanning attack on Azeroth of present-day.

As a result, Garrosh's own faction - the True Horde - also became part of the Iron Horde and it is considered the primary threat to all factions in Azeroth as it sweeps forth in an invasion similar to that of the original Warcraft series: due to not being corrupted by demon blood most orcs in the Iron Horde are tanned rather than green, much as those in Outland are.

After several months of warfare, the Iron Horde found itself beaten into a corner by the Alliance, Horde, and their allies. With the loss of all but two of their Warlords - Grommash and Kilrogg - the Iron Horde was once again confronted by the Warlock, Gul'dan, who sought to grant them the blood of Mannoroth. Initially, Grommash refused and attacked Gul'dan, but the Warlock proved to powerful and neutralized the Warlord. Kilrogg, however, chose to side with Gul'dan and drank the blood, becoming a Fel Orc. Gul'dan ascended to the helm of the Iron Horde and recalled its remaining forces from across Draenor back to Tanaan Jungle, where he planned to summon forth the Burning Legion.

During the final days of the war, most of the Iron Horde's forces had fully assimilated into the Burning Legion and, like Kilrogg, had become Fel Orcs. Across Tanaan, the Iron Horde and its allies - the Sethekk Arakkoa; the Sargeri; and the Burning Legion - were being defeated by the champions of the Alliance and Horde. During the final assault on Hellfire Citadel, heroes discovered Grommash imprisoned deep within, guarded by the Fel Lord, Zakuun. Heroes freed him and continued on to vanquish Gul'dan's remaining lieutenants.

Gul'dan, however, had succeeded in his grand scheme to bring forth the newly regenerated demon lord, Archimonde. Archimonde had planned on conquering Draenor but was defeated shortly after being summoned. As a final act, Archimonde sent Gul'dan spiraling through time to Azeroth. Without Gul'dan to lead them and with Grommah's recent change of heart, the Iron Horde became no more.

The Bleeding Hollow was perhaps the smallest of the Iron Horde's clans, as evidenced by their lack of influence during the war and their primary role appearing to be as laborers. However, under the leadership of Kilrogg Deadeye, the Bleeding Hollow Clan did supply the Iron Horde with one valuable asset - the unstoppable Dire Orcs.

The Warsong Clan was the first to create the Iron Horde, which makes them its founders. The Warsong, led by Grommash Hellscream, served as skillful archers and trackers for the Iron Horde, as well as brilliant tacticians. Being incredibly territorial, they allowed few other Orcs into their lands of Nagrand.

The Shattered Hand Clan was the youngest of the Orcish Clans, having been founded only a few years prior by the former pit slave, Kargath, and his followers. Since his victory over his Ogre masters, it had become custom for Shattered Hand orcs to severe their own arm and replace it with a weapon of choice, the most popular being a blade. Due to their innate sadism, they often played a role as torturers. 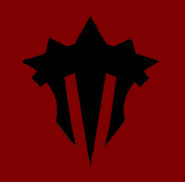 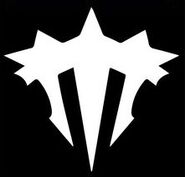 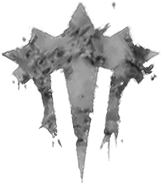