Dark Monster
The Iron Imprisoner (Iron Prisoner in Japan) is a minor antagonist and a boss in the video game Kingdom Hearts Birth By Sleep. It is a massive, humanoid Unversed monster that serves as a recurring boss in the Mirage Arena, with four different forms.

The Iron Imprisoner was created by the negative emotions of Vanitas, and is a manifestation of dark emotion and thought. It resides in the Mirage Arena, where it can be fought in the "Day of Reckoning", "Sinister Sentinel", "Harsh Punishment", "Keepers of the Arena", and "Villains' Vendetta" challenges.

In the final round of "Day of Reckoning", the Iron Imprisoner I appears, with its cuffed arms chained and with its lower half imprisoned in a gibbet. It slams and spins around the arena attempting to crush the Keyblade wielder battling it, erupts out of the ground, shoots lasers, and occasionally summons a magic cage to imprison and hold the Keyblade wielder in place. Once defeated, the challenge is completed.

The Iron Imprisoner II appears in the final round of "Sinister Sentinel", with its arms now unchained and wielding a giant fiery spiked hammer. In addition to all of its previous abilities, it now performs lengthy spins around the arena with fire magic.

At the end of "Harsh Punishment", the Iron Imprisoner III will now be freed from the gibbet. Though it can no longer shoot lasers, it gains a massive boost in health, durability, and speed, and is able to perform more damaging hammer strikes, swings, and eruptions. This form returns midway through the "Keepers of the Arena" challenge.

At the end of "Keepers of the Arena", the Iron Imprisoner IV will appear, now without the cuffs or its helmet. In its most powerful form, it retains all the abilities of its last form, but being even faster and more durable. It also gains the abilities to draw in the wielder with a vacuum of magic before releasing a massive explosion for a series of times before switching to another tactic and can also possess the arena itself and send the tiles on the walls flying towards the wielder.

All four forms appear one last time in the "Villains' Vendetta" challenge. 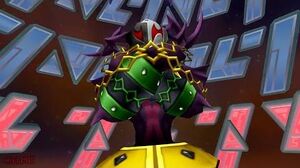 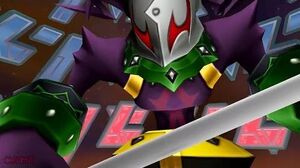 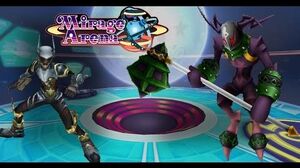 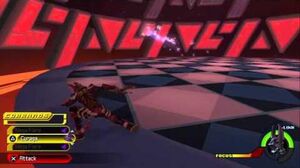