Obadiah Stane, better known as Iron Monger is an antagonist in Marvel Comics. Stane is Iron Man's enemy, using the Iron Monger Armor, which is composed of almost all of the features in the Iron Man Armor, but with advanced features and more power. He was also the main villain of much of the late Dennis O'Neil's run on Iron Man. He was the father of Ezekiel Stane who becomes the second Iron monger continuing his legacy after his death.

Obadiah, in his earlier years, grew up in poverty. One fateful day, his mother died of unknown reasons and his father shot himself in the head during a game of Russian roulette. This caused him to become the villain that he is today.

After becoming a successful businessman, he tried to obtain Stark Enterprises, once with Howard Stark and the other with Tony Stark. He went about this both verbally and with force (using his Chessman), both resulting in failure. He later tried to set up the Queen of the Chessman, Indries Moomji, with Stark in order to emotionally weaken him. He also locked the enterprise out of various business deals. Obadiah eventually got the help of S.H.I.E.L.D. and ended up buying out Stark. This is when Stark became homeless, and his colleague Rhodes became the new Iron Man.

Obadiah manufactured weapons for anyone who could afford them, including S.H.I.E.L.D.. He eventually found notes about the Iron Man armor that Tony had left behind, and made his own suit. Stark later recovered and founded Circuits Maximus, much to Obadiah disliking. He began attacking Stark once again with his agents, and even confronted him head on with his own suit. This didn't end up being enough to defeat Stark, so he instead found Stark's child and threatened him with their demise. Stark figured out that Obadiah was having a hard time with his armor, and destroyed a computer that was helping to pilot it. Obadiah ended up shooting himself after his defeat.

Obadiah is a master manipulator and enjoys finding his enemies weaknesses in order to exploit them to his own advantage. When it comes to psychological manipulation, he finds that causing tragedy is the best way of weakening his opponents. We see this once again when he uses his own Indries Moomji in order to weaken Tony Stark emotionally. He went so far as to kidnapping Stark's child so that he would have to remove his helmet so that he could be defeated.

Using Tony Stark's notes that he left behind, Obadiah was able to create a robotic suit that he could use in combat. He thought that creating an army of these would allow him to take over countries. Still, when this armor wasn't as good as Starks, he restored back to emotional manipulation.

Through his fondness of Chess, Obadiah founded a group known as a Chessman which became his own personal group of henchpeople. He was able to use them on various attacks against his rival Tony Stark.

Iron Monger is the main antagonist of the Iron Man film.

Iron Monger makes an appearance as a character who was trapped in a disk. He is used to keep the Avengers from entering the "Dark Gate". He fought against Captain America and the Wasp. He almost defeated them, but they eventually gained the upper hand and thwarted him.

Iron Monger is one of many comedic versions of their usual characters in the series Avengers: What The--!?. 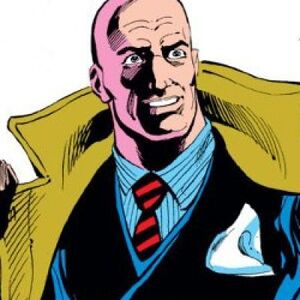 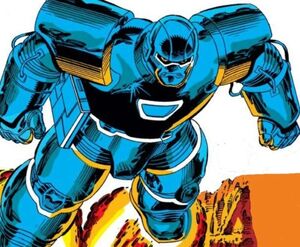 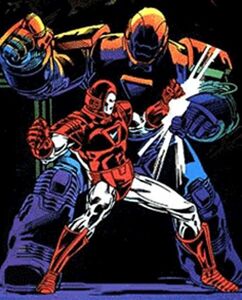 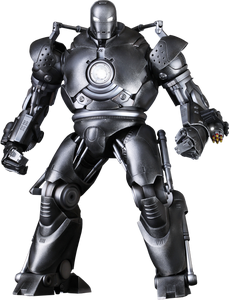 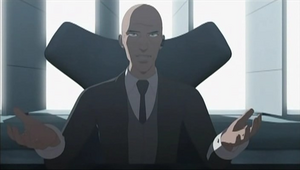 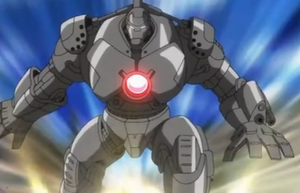 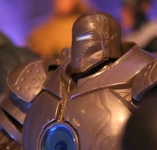 Iron Monger in Avengers: What The--!?. 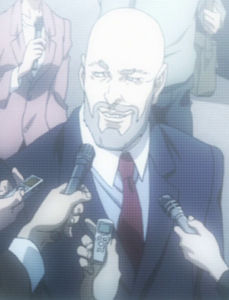