Create a "perfect" body for himself.

The Iron Roidmude, originally designated as Roidmude 029, is an Advanced Roidmude and an antagonist in Kamen Rider Drive.

He was voiced by Masafumi Yokoyama and Maari.

In the human guise of Nobuo Masuda, the Iron Roidmude attended a skate park and injured one of the people there. When the Special Investigation Unit went to investigate, Roidmude 029 appeared to them and revealed his Advanced Roidmude form to attack them before being fended off by the shift cars. Shinnosuke later went after him as he was attacking a jogger, but was beaten back after the Iron Roidmude was joined by his two lackeys Roidmude 042 and Roidmude 088. Kiriko then showed up and distracted the Roidmudes, giving Shinnosuke time to transform into Kamen Rider Drive.

Iron later resumed his spree with his two new lackeys Roidmudes 071 and 093. He was later destroyed again by Drive, with his core being destroyed also. 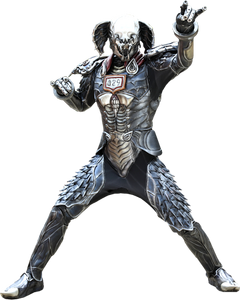 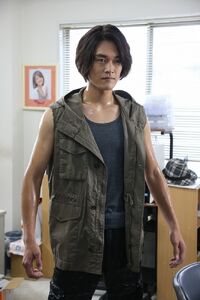 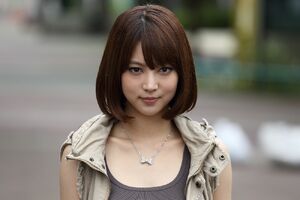 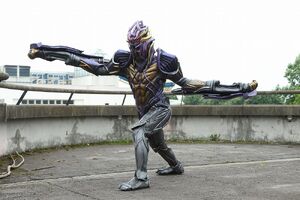