Mastery of his scythe

Escape from the building

Be with Rachel (both succeeded)

Isaac Foster is an antagonistic protagonist in Satsuriku no Tenshi.

Isaac is a young, tall man with black hair, heterochromatic eyes (One brown, one orange), and gray skin. He wears black combat boots, red pants, and a gray zip-up hoodie stained in blood. His body is also covered in bandages.

Bloodthirsty, cruel, and unfeeling to pain, Isaac despises joy and is willing to kill any who displease him.

Isaac was originally born into an abusive family, with his bandaged appearance caused by his stepfather trying to burn him alive. Later sent to an orphanage by his mother, this too wasn't a good home for Isaac, who was often neglected of food and forced to bury the corpses of dead children. Later killing his caretakers and another man by taking inspiration from a horror movie, after he murdered people in the orphanage, he then wandered the streets where he was found and taken care of by a blind old man for some time until the man was killed by some delinquents. Driven to madness, Isaac killed his murderers and swore vengeance against those who are happy with life. 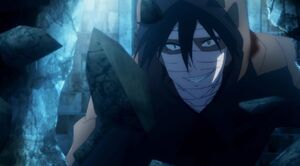 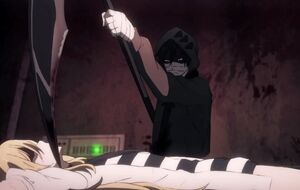 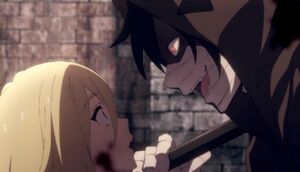 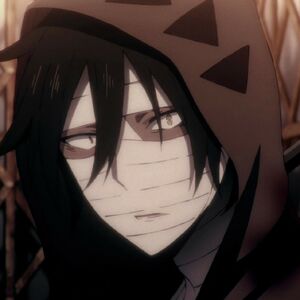 Retrieved from "https://villains.fandom.com/wiki/Isaac_Foster?oldid=4294641"
Community content is available under CC-BY-SA unless otherwise noted.