Arrogant Fighter
Isaac Frost is the heavy weight champion of the world and the main antagonist of the game Fight Night Champion.

He appears to be a tall-buffed man with a buzz cut and various tattoos on his body. He also appears to be having greenish-blue eyes.

At the beginning of the Fight Night: Champion. Isaac is seen more as an arrogant, full of himself jerk who doesn't really seem like that big of a threat, but as the game progresses Isaac gets stronger and stronger, as well as much more intimidating. When Andre Bishop gets released from prison he finds out that his brother Raymond has a scheduled fight against Frost, and advises his brother to call off the fight; his plead falls on deaf ears and Raymond sets out to fight Frost. Wanting to help Raymond, Andre fights him in a sibling rivalry bout. But during the second round Andre is knocked down and Raymond wins the opportunity to fight Frost.

The fight, however, does not end well and Raymond loses by knockout, sustaining severe damage. Andre, in a moment of blind anger, strongly desires revenge and challenges Frost to fight him. After a grueling 10 round match, Frost is knocked down for the very first time. As a result, Andre wins the fight and becomes the new Heavyweight champion. 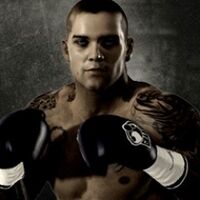 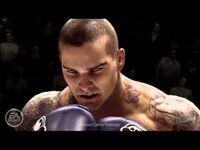 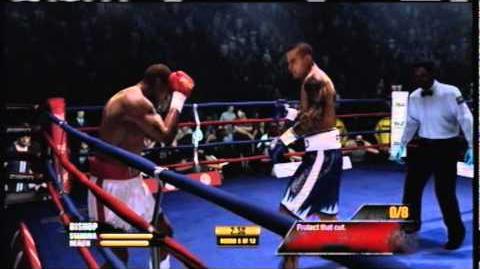 How to beat Isaac Frost Champion difficulty *DESCRIPTION*
The fight with Frost!
Add a photo to this gallery

Retrieved from "https://villains.fandom.com/wiki/Isaac_Frost?oldid=4223159"
Community content is available under CC-BY-SA unless otherwise noted.