Exterminate Vampires and all that is "Unholy".

Kill enemies of the Roman Catholic Church and those who "defy" God.

The Iscariot Organization is a fanatical religious organization and rivals to the Hellsing Organization serving as the secondary antagonist faction in the Hellsing series. Their purpose is to kill all demons and heretics. The members of this cult are called "The Foil". They all display a violent nature, a religiously zealous mindset as well as psychotic tendencies for bloodshed in the name of God. They have existed centuries before Hellsing has (possibly since the dawn of Christianity) and unlike Hellsing they kill Vampires because of what they are regardless if they are a threat or not. If the Hellsing Organization is Anglican (Protestant) then the Vatican is Catholic which acts as another reason for their animosity. The Iscariot organization is also well funded due to their well connected ties with the Vatican as well as the Pope.

Not much is known about the Iscariot Organization however it is said to have existed long before Hellsing was founded around 2,000 years prior to the series (possibly since the beginning of Christianity) and many characters affiliated with the organization have existed for a long time as well, possibly even as long as the Catholic Church. It is implied that Iscariot has been around longer than Hellsing itself.

Iscariot is a Roman Catholic organization operated by the Vatican itself and seeks to cleanse the world of vampires. They believe that vampires are abominations of god and will kill them when ever they appear unlike Hellsing who kills vampires when ever they pose a threat to the United Kingdom. Iscariot is opposed to the idea of ecumenism (unity of Christians) because of the organizaiton's strong hatred for Portestants as shown in the first OVA especially from Maxwell. Iscariot has also attacked Hellsing in its own territory mutliple times before such as in Norhtern Ireland where two Hellsing agents were killed by Anderson and attacked Alucard, Seras Victoria, and Integra Hellsing all at once. Later on, Enrico Maxwell meets with Sir Integra about the mysterious Millennium Organization and Maxwell provides basic information about the organization and how the Vatican helped them escape Germany towards the end of World War II. Eventually, Iscariot appears again in London where Millenium begins their attack on the city and Anderson and his men go into London and catpure Integra before Maxwell and The Ninth Crusade enter into the city and begin to attack both the survivng citizens and remaining members of the Letzte Bataillon. Iscariot then withdraws from London after the battle is over, Maxwell and many others are dead, and Millenium is defeated. After Maxwell's death, Anderson and Yumie died leaving Heinkel Wolfe among the survivors.

30 years later, Heinkel replaced Anderson as the top enforcer and Makube as the new leader. The organization reveals to be too weak to rival Hellsing until they had a few centuries to regrow their strength and gathering far more advanced technology to stand a chance against Helsing. Makube states that they need at least 500 years to regain their strength. 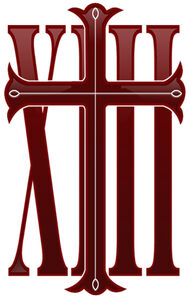 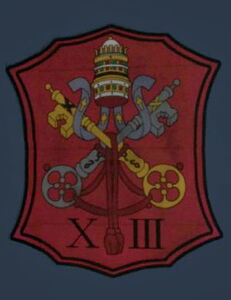 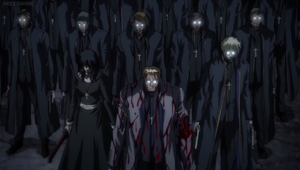