Ishihashi, also known as Kamen Rider Scissors, is one of the Riders in the new Rider War set up by Sara in 2019 and a supporting antagonist in the Rider Time Ryuki special.

He was portrayed by Ken Nakajima.

Ishihashi was one of the thirteen people who was brought to the Mirror World to restart the Rider War, being given the Scissors Deck to transform into Kamen Rider Scissors. At some point, he teamed up with Jun Shibaura and Tozuka to take out the other Riders. On the fourth day of the new War, the three encountered Miyuki Tezuka's team in an abandoned house and fought them, only for their battle to be interrupted by Mirror Monsters, causing both teams to retreat.

Ishihashi was later with Jun when Tezuka betrayed his own team and sided with Jun's team. Ishihashi and the others then attempted to kill Shinji and Kimura, only for Ouja and Zolda to appear and force them to back off after Ouja killed Tozuka.

While having lunch with Jun and Tezuka, Ishihashi was betrayed and fatally stabbed by both of them, leaving him to die while they continued eating. 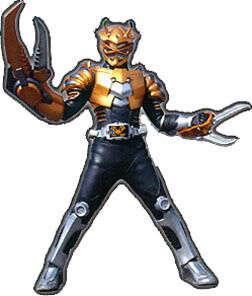 Kamen Rider Scissors
Add a photo to this gallery

Retrieved from "https://villains.fandom.com/wiki/Ishihashi?oldid=3922908"
Community content is available under CC-BY-SA unless otherwise noted.