The Island Head Beast is the main antagonist of the Gravity Falls short "Tooth". It is a creature that lives beneath Lake Gravity Falls, disguising itself as a small island.

It was voiced by Fred Tatasciore.

Sometime before the events of the series, Ford Pines came across the Island Head Beast and recorded its appearance in Journal 3. Tate McGucket also had unknown knowledge of the creature, warning those who asked to flee if they were ever to see bubbles near the island.

Mystery Twins Dipper and Mabel set out to find the legendary creature after finding an abnormally large tooth on the shore of the beach. Later that night, the twins notice bubbles in the water near a small island. The ground begins to shake, and the twins begin to row away in fear. As they do this, the island floats out of the water, revealing it to be a giant floating head. As the beast floats towards the twin's boat while speaking in a backwards tongue, the camera abruptly glitches and shuts off. Later, the camera is found on the beach and Dipper says the giant head sunk back into the lake after it attacked them, but lost another tooth trying to eat their boat.

While slumbering, it usually sits beneath the water, and appears as an island with pine trees on it. When active, it levitates and it looks like a giant human face with glowing eyes and roots dangling from the bottom. It also is missing a tooth and has what appears to be a human skeleton on its bottom. 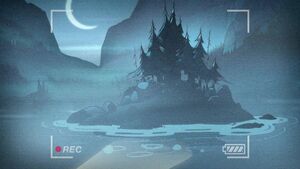 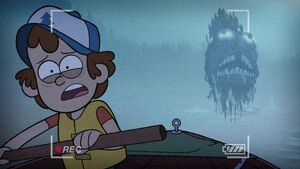 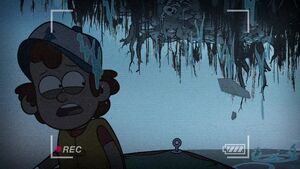 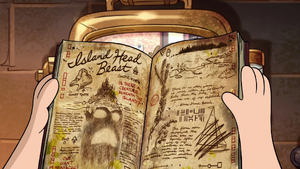 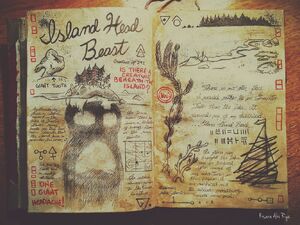 The Island Head Beast's page in the real-life Journal 3. 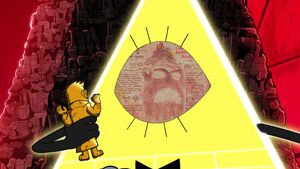 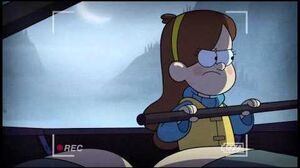 Gravity Falls - Dipper's Guide To The Unexplained - The Tooth 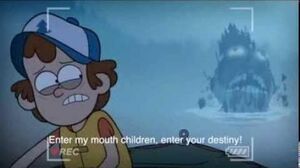 Gravity Falls - What the Island Monster says in "The Tooth"