Ismael McEnthol (also known as Ismael, The Deceiver and Dr. Michael Tesmon) is the last surviving member of the Cult of Dumazu and a villain in the videogame Ghostbusters: Sanctum of Slime. He is in absolute service and complete loyalty to the demonic god Dumazu.

Ismael is the last descendant and member of The Cult of Dumazu, an ancient pre-American society of primitive fanatics and sorcerers that once worshipped the demonic deity Dumazu. For centuries, the Cult of Dumazu who began within the New World (Americas), numbered in the hundreds and they worshiped Dumazu the Destroyer, mostly out of fear than respect. Each member of this cultic tribe wears a monk-like robe that obscures their identities. In 2010 B.C., they gathered at the Temple of the Destroyer for the funeral of their god. They chanted his name in his honor but at the same time, they feared death could only imprison Dumazu for so long.

Cut to present time, acting as Dumazu's vessel, Ismael can commune with Dumazu. At some point, Ismael was admitted to Parkview Psychiatric Hospital and declared clinically insane. He was observed to be prone to bizarre delusions and terrifying hallucinations. During the New Year's 1989 holiday, Ismael received a message from Dumazu, that he was coming at long last. Just then, Ismael also received a new roommate named Janosz Poha.

Playing on Janosz' openness to the supernatural, Ismael convinced him to help steal a shard of the Relic of Nilhe. In exchange, Dumazu would award Janosz Dana Barrett. Years later, Janosz is released and takes a job at the American Museum of Natural History where a shard was on display. Janosz stole the shard and gave it to Ismael. Ismael then went back on the deal and took over Parkview and its occupants. In order to complete the Relic of Nilhe, Ismael posed as a psychiatrist when the Ghostbusters arrived. As Dr. Michael Tesmon, an anagram of his full name, he provided a cover story and gave the junior team his shard. Ismael then waited as they assembled the Relic and defeated the paranormal opposition.

When the team returned to Parkview in search of Dr. Tesmon, Ismael appeared and took the Relic. He chanted a spell which allowed Dumazu to possess him . Ismael and the junior team were pulled into another dimension through a painting. After making short work of Ismael, the team then faces Dumazu, himself.

The junior team returns to the physical plane and confiscates the painting. Ismael is seen either trapped in the Nether-dimension or within the painting itself like Vigo.

A few years after the Vigo incident, Ismael is a patient at Parkview and began painting a portrait of Dumazu's Nether-dimension. 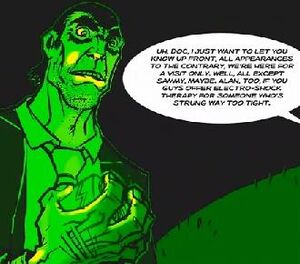 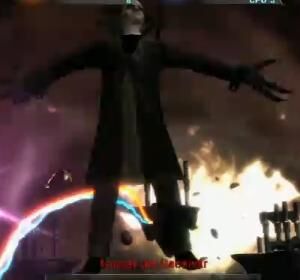 The Deceiver aka Ismael McEnthol. 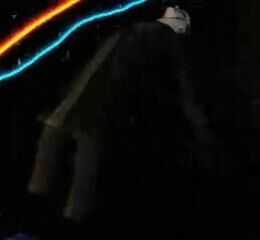