Villains Wiki
Register
Don't have an account?
Sign In
Advertisement
in: Kamen Rider Villains, Monsters, Friend of a Hero,
and 16 more

Another Isogin Jaguar was created as part of Dai-Shocker in the "super hero taisen" incident, led by Tsukasa Kadoya/Kamen Rider Decade, rivaling Captain Marvelous/Gokai Red and Dai-Zangyack. However, Rider Hunter Silva of Dai-Zangyack and Doktor G of Dai-Shocker overthrew their respective leaders and joined forces to destroy the Kamen Riders and Super Sentai. The two evil organizations united and faced off against the combined forces of the Sentai and Riders. He is seen fighting MegaBlack, Kamen Rider RX, ShishiRanger, Battle France, Kamen Riderer ZO, and TimeGreen. During the final battle, Isoginjaguar was killed by Kamen Rider OOO's finishing attack with his Medajalibur, the OOO Bash along with Hades God Dagon, Scorpion Man, and Ghoster. 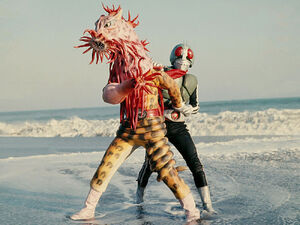 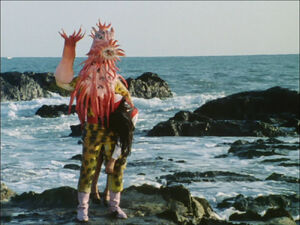 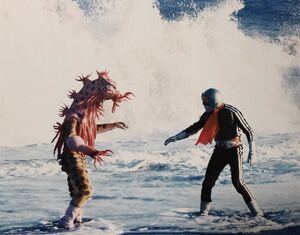 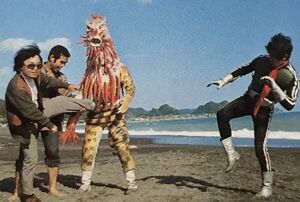