No Retreat, No Surrender

To battle all of America's top fighters, to defeat Jason Stillwell.

Ivan Kraschinsky, also called "The Russian" is the sworn enemy of young martial artist Jason Stillwell and the main antagonist of the 1986 martial arts sports film No Retreat, No Surrender.

He was portrayed by actor/martial artist Jean-Claude Van Damme.

Jason Stillwell is a young karate student and a Bruce Lee fan who trains in his father's Los Angeles dojo. One night after a training session, the dojo is visited by members of an organized crime syndicate. After refusing to join the organization, Jason's father has his leg broken by a Russian martial artist named Ivan Kraschinsky, the hired thug of the crime boss who came from New York to force Mr. Tom Stillwell to accept his offer of joining their group. Jason swore he would pay for it.

Later, an annual full contact karate tournament is held featuring teams from Seattle and New York, which Jason and his father attend. Before the contest can get underway, however, the crime syndicate interrupts and makes a wager that none of the Seattle fighters can defeat Ivan.

While the first 2 fighters are easily dispatched by the Russian, Ivan's last opponent, Kelly's brother Ian, makes an impressive showing, forcing Ivan to resort to dirty tactics to defeat him. With her brother helplessly entangled in the ring ropes, Kelly tries to stop Ivan by hitting him with a chair, but the Russian easily disarms her and grabs her by the hair. Spurred into action, Jason charges to the ring and attacks Ivan, much to the delight of the crowd. Utilizing his advanced training from the ghost of his hero and legendary martial artist Bruce Lee, Jason is finally able to conquer his nemesis and earn the respect of his peers. 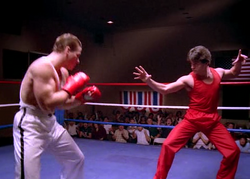 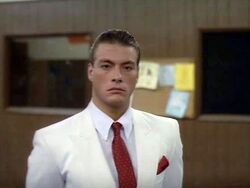 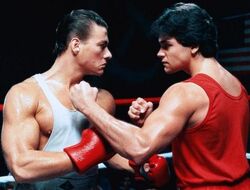 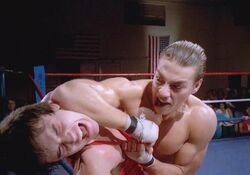 Add a photo to this gallery
Retrieved from "https://villains.fandom.com/wiki/Ivan_Kraschinsky?oldid=4271540"
Community content is available under CC-BY-SA unless otherwise noted.