Imperial soldier of The Empire

Fight and kill the strongest of warriors.

Izou is one of the villains from the Akame Ga Kill! series. He is a master swordsman and a member of Wild Hunt.

Izou is a calm, stoic man with an immense blood lust. He claims that he needs to allow Kotetsu to "drink blood" regularly. He loves the Empire for allowing him to have as many fights as he wants. Unlike the rest of his fellow Wild Hunt members, he does not have an obsession towards sexual abuse or sexual vices. He is also shown to honor foes that he's faced with a strong will, such as Lubbock.

Izou was recruited by Syura during his travels around the different kingdoms and nations in order to serve as a member of his newly formed group, Wild Hunt.

He was shown to patrol the imperial palace and cut down Lubbock, who tried to escape from its prison, killing him.

He later fought with Akame and was slashed in the back. Izou tries to surrender his katana to her after his loss, but Akame slashes him in the back again, finishing him off. Izou asks why she refuses to do so, only for her to state that she was never a swordsman.

Izou is seen to be be a master swordsman who excels at handling his sword: Kotetsu. Interestingly, Kotetsu is not a Teigu. His real Teigu remains unseen.

After losing two of the Wild Hunt members, Syura claims that having Izou would make up for these losses. 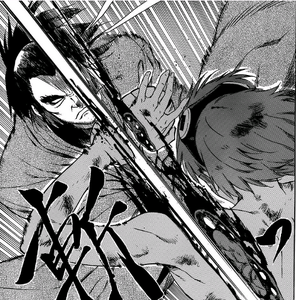 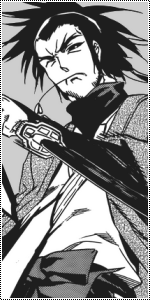 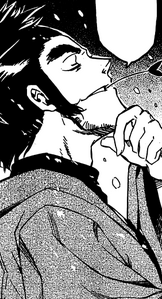 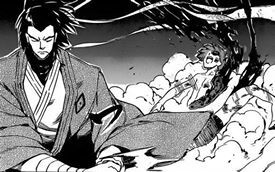 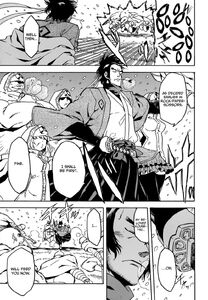 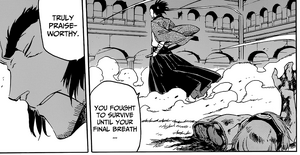 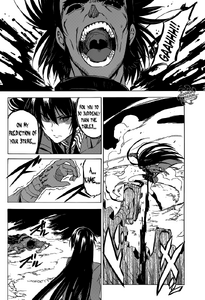