J.G. Jopling is the secondary antagonist in the 2014 comedy-drama film The Grand Budapest Hotel. He is the enforcer and assistant of Dmitri Desgoffe-und-Taxis.

He was portrayed by Willem Dafoe, who also played Raven Shaddock in Streets of Fire, Eric Masters in To Live and Die in L.A., John Geiger in Speed 2: Cruise Control, Max Schreck in Shadow of the Vampire, the Green Goblin in Sam Raimi's Spider-Man trilogy and Spider-Man: No Way Home, Armando Barillo in Once Upon a Time in Mexico, Nikolai Diavolo in James Bond 007: Everything or Nothing, George Deckert in xXx: State of the Union, Lord Cob in Tales from Earthsea, Rat in Fantastic Mr. Fox, Jack Lassen in The Simpsons, Ryuk in Netflix's Death Note, Thomas Wake in The Lighthouse and Clement Hoately in Nightmare Alley.

J.G. Jopling is present when Madame Céline Villeneuve Desgoffe und Taxis' last will is read. After the valuable painting 'Boy with Apple' is inherited to Monsieur Gustave H, Jopling's boss and son of Madame D, Dmitri, rages and hits Gustave in the face. When Dmitri is in return hit by Gustave's companion Zero, Jopling hits Zero in the face.

After Gustave has been arrested for the murder of Madame D, Jopling is tasked with eliminating the witness Dmitri used to blame Gustave. He visits the sister of the witness, who claims that she has not seen her brother in a while. Jopling leaves a business card, telling that he needs to find the witness for his own safety.

On Dmitri's orders, Jopling later throws the cat of Vilmos Kovacs, Dmitri's attorney, out of the window after the latter refuses to cooperate with Dmitri's plans for Gustave, which do not correspond with the law. That night, Jopling secretly follows the Kovacs. When Kovacs realizes someone following him with a motorcycle, he flees into the art museum but is still followed by Jopling. Jopling kills Kovacs when he attempts to leave through a backdoor. During the incident, four of Kovacs' fingers are sliced off and Jopling picks them up from the street before leaving the crime scene.

Jopling is later sent by Dmitri to assist the police in finding Monsieur Gustave, who has escaped from prison. When Jopling meets Inspector Albert Henckels, Henckels quickly grows suspicious and asks Jopling whether he has any knowledge about the death of Kovacs. He then has Jopling escorted off the premises. After informing Dmitri of the situation, Jopling is sent to talk to the sister of witness again and is told to use force if necessary. The next day, her head is found in a laundry basket.

Having learned the location of the witness, Jopling immediately heads to a mountain in the Zubrovkian Alps where the man is hiding. Infiltrating the monastery where the witness is hiding, Jopling is able to strangle the witness while he is talking to Monsieur Gustave and Zero. Jopling then skis down the mountain to escape, pursued by Zero and Monsieur Gustave. After successfully descending from the mountain, Jopling causes the sleigh of his pursuers to crash, which leads to Monsieur Gustave falling over a cliff. Gustave is able to hold on but Jopling then appears above him. Jopling begins to stomp on the ground in order to break the ice, intending for Gustave to fall to his death. However, while he does so he is attacked from behind by Zero, falls over the cliff and falls to his death screaming. 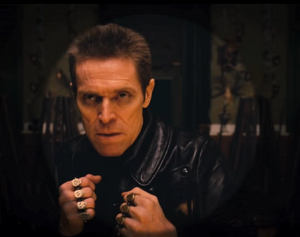 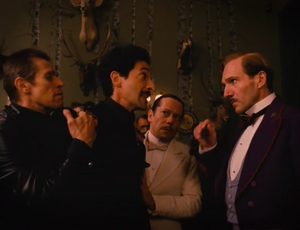 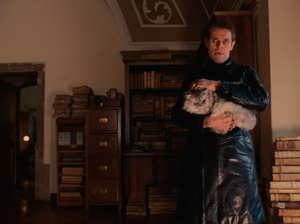 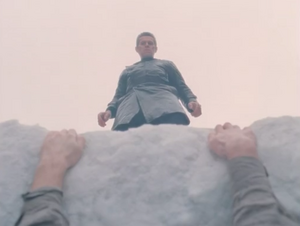 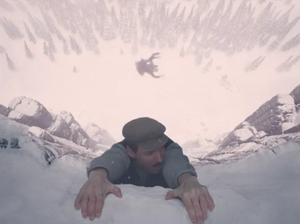 Jopling falls to his death.