Making a ton of money for himself.

Scamming and taking over Paradise Valley by using modern machinery.

To steal the deed from the Hackett family (failed).

To kill Daniel and his family and anyone who stands in his way (failed).

J.P. Stiles is the main antagonist in the 1995 film Tall Tale (also known as Tall Tale: The Unbelievable Adventures of Pecos Bill).

He was portrayed by Scott Glenn.

When in 1905, Daniel Hackett hears legendary stories of tall tales of Pecos Bill, Paul Bunyan, and John Henry, which he has heard lots of times and even thinks that they are fictional. In the meantime, Paradise Valley is being taken over by Stiles, who is forcing the settlers to sell him their land to him. Out of all the lands that Stiles wants most of all is Daniel's father, Jonas, whose farm lies in the middle of where Stiles wants to develop. But Jonas refuses to give up his land and deed to Stiles, who hunts Jonas down and shoots him.

Stiles finds out that Jonas had given the deed to Daniel and proceeds to hunt the boy down. Because of the gunshot Stiles had given to Jonas, he becomes in bad shape and can't farm putting his land at risk. Daniel, who is upset by his dad's current condition, runs to hide in his dad's boat and falls asleep. Stiles finds himself scolded by his boss, railroad magnate, who warns him that if he doesn't acquire Jona's deed soon, that Stiles will lose him as an investor.

When Daniel joins forces with cowboy hero, Pecos Bill, who rescues him from a gang of thieves, they team up with lumberjack hero, Paul Bunyan, and black former slave hero, John Henry. Together they all 4 fight Stiles and his henchmen, knowing that Stiles wants to buy up and get all the lands, which becomes a threat to everyone including the folk heroes. During a fight with Stiles, Stiles attempts to persuade Daniel into giving his land to him and then viciously tries to steal the deed from him but fails. Later the heroes are confronted by Stiles once again, who gets the deed from Daniel, after using Daniel's doubt of the heroes against him.

Daniel wakes up in his dad's boat and realizes that it was all just a dream. He then goes to Stile's train, which Stiles, railroad magnate, and his henchmen are fixing to head out into the lands you know. When Daniel arrives he confronts Stiles, who tells him to get out of the way of his train, and when Daniel refuses, Stiles proceeds to run him over but is stopped by John Henry, who holds the train. Stiles then orders his henchmen to kill Daniel and John Henry but the henchmen get their trigger fingers gun off by the arrival of Pecos Bill and the villages join in to help the heroes. 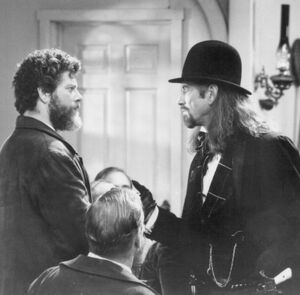 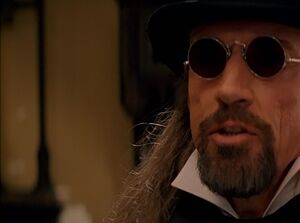 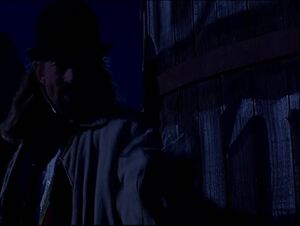 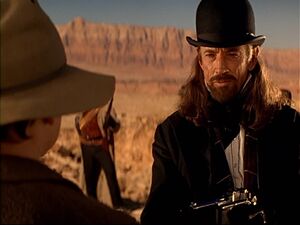 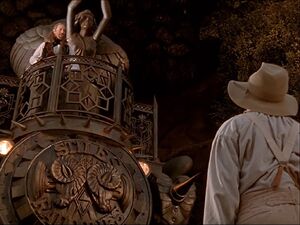 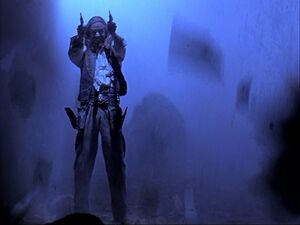 J.P. Stiles death scene
Add a photo to this gallery
Retrieved from "https://villains.fandom.com/wiki/J.P._Stiles?oldid=4144515"
Community content is available under CC-BY-SA unless otherwise noted.