Succeed at all costs.

Make sure his father's oil company stays number one and to be the richest man in Dallas.
Date the hottest women he wants.

John Ross "J.R." Ewing Jr is a major anti-villainous antagonist in Dallas, appearing in both the original series and revival series). He was a ruthless, greedy and powerful oil tycoon in Dallas, Texas.

He was portrayed by the late Larry Hagman.

J.R. was the son of Jock Ewing, who was a powerful oil tycoon in Texas. Since the age of five J.R. was groomed to become the leader of Ewing Oil and was taught to be a deceptive and cut throat business man.

He had two brothers named Gary and Bobby, both of whom he never really cared for. Gary had no involvement in Ewing Oil, and chose instead to be a rancher at Southfork, while Bobby worked at both Southfork and Ewing Oil. It was no secret that Bobby was the favorite son, which only made J.R. want to be even more successful in the oil industry. Though J.R. was successful, Bobby remained the favorite son and leaving a permanent rift between the two sons. J.R. had two sons one from each wife and one from an affair that he didn't know about until the eleventh season of Dallas. His first son was John Ross who seems to be the only person that has his genuine affection.

Being an important oil tycoon, J.R. had many enemies in the business and many family enemies who despised his selfish and manipulative ways. He was shot by his first sister-in-law, who was also his mistress. J.R. survived, but never pressed charges because she claimed to be pregnant. He was also shot by his wife Sue Ellen. Near the end of the series, J.R. had been defeated by a combination of his enemies and an alcohol problem. Losing his company to rivals Cliff Barnes and Carter McKay, he wandered Southfork ranch alone with a gun and bourbon bottle.

He contemplated how he had done nothing but hurt his family and how better off they'd be with him gone. A gunshot was heard and Bobby found J.R. and it was implied he committed suicide. In the reunion movie, J.R. Returns, it was revealed he shot a mirror, and he moved to Europe for a few years. He returned to Texas and reclaimed Ewing Oil from Cliff Barnes and conned fifty million dollars from Carter McKay. He gave control of Ewing Oil to Bobby and later became president of Westar Oil.

J.R. returns in the 2012 revival of Dallas, which focuses on J.R.'s son John Ross Ewing III and Bobby's adopted son Christopher Ewing. To J.R.'s delight, John Ross has become a less ruthless copy of him, in that he is more focused on Ewing Oil, and is bent on money, power and greed. This series ignores the reunion movies.

As the series begins J.R. has spent the last few years in a nursing home, suffering from chronic depression and not speaking despite visits from Bobby. Bobby visits and tells J.R. that all of their fights over Ewing Oil and Southfork changed him in ways he doesn't like and that he wants Christopher and John Ross to be a real family and not be like them always fighting. When John Ross eventually visits him on Bobby's suggestion, he says that Bobby plans to sell Southfork, J.R. finally rouses himself to help his son fight the attempts to block his drilling for oil on the ranch and tells John Ross that Bobby was always a fool. He reveals that he is working alongside Marta Del Sol, the daughter of an old friend of J.R.'s, who owns millions of acres of land. Marta is supposedly offering a partnership to Bobby but it's J.R. pulling the strings as when Bobby signs Southfork to Marta's conservatory, it'll really be going to J.R. John Ross is really working alongside Marta, with J.R. seeing them together but not seeming to mind. J.R. surprises everyone by showing up at a family gathering (acting much more invalid such as using a walker) and apologizing to Bobby and Sue Ellen for his actions of the past. He later goes to Mexico to see Marta's father but he knows nothing of any deal. He then introduces his daughter only she's not the woman J.R. knows as Marta. Realizing he's been fooled, J.R. tells Del Sol he's made a mistake and says that Marta should meet his son as "he's a chip off the old block".

J.R. eventually succeeds in getting Southfork from Bobby and doesn't waste any time in beginning to drill for oil on Southfork. He also cuts John Ross out of the partnership. However, he does give his son power of attorney to run his business ventures. The first season ends with John Ross and J.R. joining forces against Bobby, as well as against Christopher and Elena, who have apparently reunited as a couple.

During Season 2, Bobby asks J.R. for help for taking down Harris Ryland, his wife Ann's crooked ex-husband. J.R. then assures he will help Bobby, and that it will be his masterpiece.

In the seventh episode of the season "Fast and Furious" J.R. is on the phone to his son John Ross while in Mexico, telling him he loves him and that his plans will be his masterpiece. While on the phone, someone enters the room and shoots J.R. several times, killing him. His body is flown back to Dallas and he is buried on Southfork. J.R's right hand man, Bum, gives John Ross and Christopher a letter, which states Cliff Barnes will team up with Harris to take down the Ewings, and to follow his instructions, and leaves John Ross a gun. Bobby is left a separate letter, but he doesn't disclose what it says and Bobby tells Bum to tell everyone that J.R. was killed by a random mugger, and will reveal the truth until the time is right.

It is revealed J.R. was trying to find Christopher's mother Pamela, who had fled Dallas in 1987 after a car accident when she crashed into a tanker, causing her to be burned. He does this to get shares of Cliff's company, Barnes Global. In the Season finale, it is revealed that Bum had shot J.R. and killed him. J.R. found out he only had a short time to live as he had cancer, so hired Bum to kill him in order to set up Cliff, who was in Mexico at the time. The gun was planted in Cliff's car by his daughter Rebecca in revenge for blowing a rig and killing her unborn children. Cliff was arrested while in Mexico with Rebecca after being set up for J.R's murder, ending the Ewing feud. Bobby and Bum told John Ross and Christopher the truth, and that Bum did it out of love for J.R. A painting of J.R. is put up at the Ewing Energies headquarters in honor to J.R.

J.R. may be dead, but his son John Ross III carried on his legacy and John Ross twice is bad as J.R. Bobby and J.R. used to have feuds over control over Ewing Oil, now John Ross and Christopher are now feuding over it. The feud between Ewings and Barnes is still on.

J.R. appeared in two revival films in the 1990s, those being J.R. Returns and War of the Ewings. The revival series however acts as a direct follow up of the original series and ignores the events (therefore the Ewings don't get back Ewing Oil). However elements such as J.R. supposedly shooting the mirror instead of himself as mentioned in J.R. Returns appears to have been carried over, albeit with a different follow up. 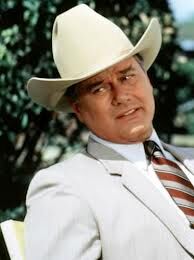 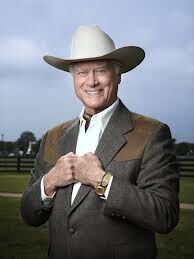 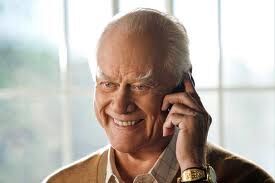 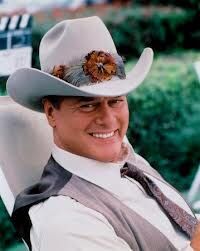 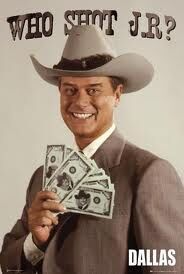 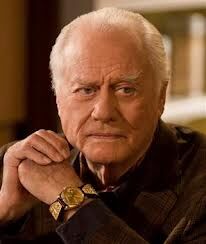 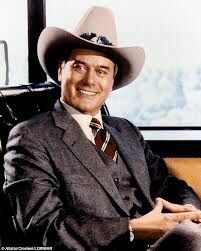 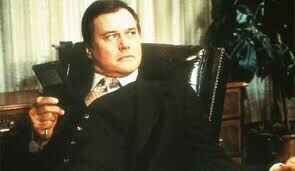 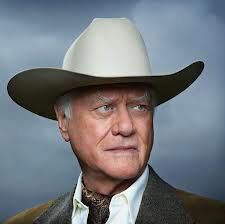 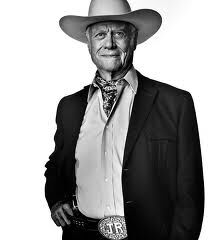 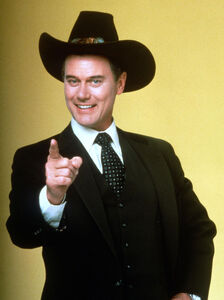 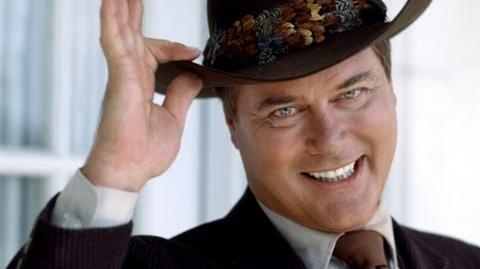 The Best of J.R. Ewing-1
Add a photo to this gallery

Retrieved from "https://villains.fandom.com/wiki/J.R._Ewing?oldid=4155626"
Community content is available under CC-BY-SA unless otherwise noted.