Kidnap Luna in order to fight Mega Ma. (both failed).
Use the Meteor G to destroy the world (gave up).

Jack is a major antagonist turned anti-hero/supporting protagonist in Mega Man Star Force 3. He is a member of an organization called Dealer and in charge of distributing the Noise Cards that corrupts Wizards.

Little is known about Jack's life other than he and his sister were both orphaned in a war sparked over technological advances. As a consequence, the two wish to use Meteor G to destroy the world's technology. In order to do that he and his sister enter the Dealers.

In the game, Jack enter's Echo Ridge elementary school as a new student. Jack infects many Wizards like, Magnes changing him into Spades Magnes, causing Ice into Diamond Ice, and Strong into Club Strong with Noise Cards.

During at Alohaha, he and his sister Queen Tia fought and reveal their true identities to Mega Man, but soon escape right after Joker killed Luna.

When Tia was caught by the WAZA, Jack kidnaps Luna and threatened to kill if Geo doesn't come out. But, he was stopped by Rogue and Wolf Woods. Later, Mr. King reveal his plans to Mega Man. But, then Ace and Joker fought and both exploded. Jack and Tia then leave after the battle, and having plans of their own.

Jack follows Tia's plans to destroy earth using Noise power inside Meteor G. Later on, Jack and Tia confronted Mr. King but was trapped by Mr. King's wave out ring. However, Heartless traps Mr. King and reveals that she a WAZA spy, and allowing Jack and Tia enter Meteor G.

While in Meteor G, Jack fought Mega Man, but then loses to him. Jack later reappears to help Geo to stop Mr. King's plans. But when Corvus was scared of imprisonment, he decided to betray Jack, but only to be deleted by Rogue.

After that they leave Meteor G, with Jack asking Geo if they can have fun together like before when he returns, to which Geo accepts. After the Meteor G was destroyed, Jack, Tia and Rogue use the EM technology so they can use it to guide Geo back to Earth.

During the end credits, he is seen celebrating with Geo, Luna, Bud, Zack, Sonia, and their Wizards at a party after the events.

Jack appears in short-term serialization manga of Shooting Star Rockman 3 as one of the two main antagonists along side Queen Tia. King sends both Tia and Jack to use a Noise Card on a Wizard named Magnes, turning him into Spade Magnes. Geo transform into Mega Man and fought Queen Virgo and Jack Corvus, which cause them to retreat. King is later seen in Dealer watching the battle between Mega Man as Black Ace fighting both Queen Tia and Jack

He is mostly emotionless around others, his sister being the only one he can open up to, though he does show a highly aggressive side as well. 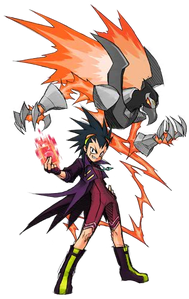 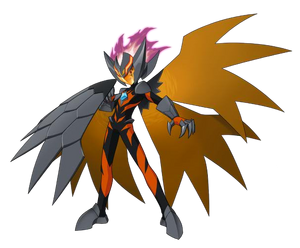 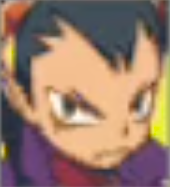 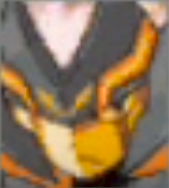 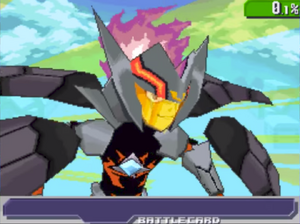 Jack seen with the others celebrating Geo's arrival at Luna's party in the ending credits. 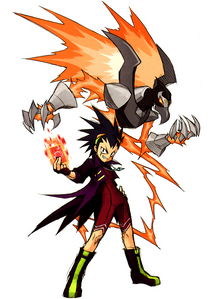 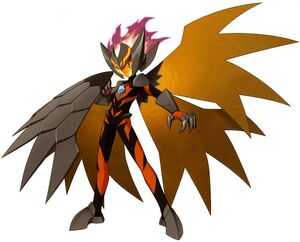 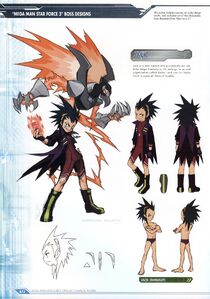 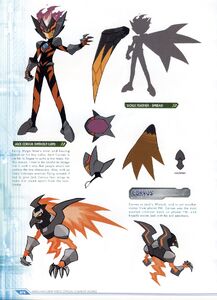 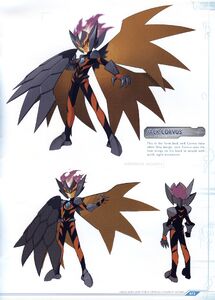 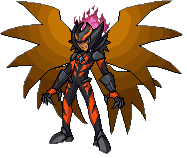 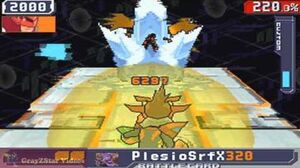