Jack (The House That Jack Built)

The House That Jack Built

Get away with his murders.

Jack is the titular protagonist villain of the 2018 psychological horror art film The House That Jack Built. He was a psychopathic serial killer who viewed his numerous and gruesome murders as a form of art, and in-turn saw himself to be a masterful artist.

He was portrayed by Matt Dillon, who also played Jonathan Corliss in A Kiss Before Dying, Patrick Healy in There's Something About Mary, Sam Lombardo in Wild Things, John Ryan in Crash, and Trip Murphy in Herbie: Fully Loaded.

The film follows the twelve years in the late '70s-80s that Jack was active as a serial killer through 5 "incidents." In the first incident, Jack meets a woman who needed to fix her broken jack for her car. After commenting that she initially thought that Jack was a serial killer, Jack ponders over her words. When she takes her to the car repairman and gets her tire jack fixed, it gets broken once again, but this time, Jack murders her. From there, Jack began to refer to himself as Mr. Sophistication.

His next target is a widow. He convinces her that he represented her deceased husband and could help her with his pension. The widow takes her offer and lets him in. He then tries to strangle her to death in a sloppy manner, but when that failed, he gives her a stale doughnut and water as a means of making her asphyxiate. When that doesn't work, he then stabs her in the heart. Cleaning up the room, Jack is nearly caught by a police officer alerted to the disturbance, but manages to escape. He then places her body in the industrial freezer.

Sometime later, Jack met a single mother and started to date her. One day, he suggests that they go hunting. Jack's true intentions become apparent when he executes her sons Grumpy and George and forces his girlfriend to partake in a twisted picnic before forcing her to walk into a field and shooting her. Jack then decides to stitch a crude smile across Grumpy's face and assembles their bodies into an art piece.

Jack begins dating another woman named Jacqueline. He treats her with contempt, mocking her intelligence and calling her "simple". During a drunken argument, Jack tells her that he has murdered 60 people. She tries to tell a passing police officer what Jack has done, but he thinks she is simply drunk. Jack feigns remorse for abusing her and begs her forgiveness, which she grants, and takes him back to her apartment. While Jack sleeps off his drunk, she finds that he has cut her phone line and does indeed intend to kill her. Jack strangles her when she tries to scream for help, and slices off one of her breasts and places it on the back of the police officer's car. He makes the remaining breast into a wallet.

Jack's killing spree comes to an end when he kidnaps five men and tries to kill them all with one bullet. However, upon seeing that the bullet wasn't a full metal jacket, Jack heads to the store to buy the right brand. His friend S. P. attempts to hold him at gunpoint after alerting the police, but Jack tries to appeal to their friendship, taking it as the opportunity to kill him when S.P. lets his guard down. Jack then murders a cop before meeting Verge, implied to be the spirit of the poet Virgil. He reminds Jack that he never finished his house, leaving Jack to construct a morbid one out of his victims' corpses.

Following Verge through Hell, Jack tries to justify his actions as being for the sake of art only for Verge to deride him for his delusions of grandeur. He shows Jack that his bridge had burned down years ago, leaving only the pit to Hell below, thus making it apparent that Jack would be condemned to eternal damnation for his crimes and he could not possibly escape. A scared and confused Jack ignores Verge and attempts to climb away from the pit. However, he loses his grip and tumbles into the flames below, falling into Hell for all eternity as Verge silently watches.

Jack is the personification of evil. Jack views murder as art and takes sadistic pleasure in killing people, inflicting pain, and torturing his victims before killing them. Jack enjoys killing children, men, and women. During one of his earlier kills, he mentioned that he had killed 66 people and then went on to torture and murder his "girlfriend", so by the end of the film, Jack had killed at least 67 people.

Like any other psychopath, Jack has no conscience, empathy, or remorse. This can be seen when Jack, as a child, casually mutilates a baby duckling and leaves it to drown.

Jack has no understanding or capability of emotions or how people feel them. He practices making faces in the mirror to try and mimic the emotions of other people, but when actually in a situation where he should feel them naturally, he has no ability to do so. This can be seen when he mocks the mother of the two children he had just brutally killed and proceeds to force her to engage with their corpses.

Jack claims that he views his murders as art. He goes into detail and demonstrated that the murders he committed were the only things that brought him any real pleasure. Like a true sadistic psychopath, Jack has no qualms torturing, mutilating, or killing in some of the cruelest ways possible.

Jack seems to revel in his status as a serial killer and is fully aware of how horrible his actions are, and yet, this only makes it more pleasurable for him. Jack even goes as far as to call Nazis idols, and then compares himself to them, calling himself an idol and a unique serial killer.

Jack feels no remorse for his crimes, and in his final moments on Earth, he builds a "house" out of many of the corpses (which he more than likely did not truly build as the cops would have descended on him before he could) which he had stored from his murders. When Jack is being escorted through Hell by Virgil, Virgil claims that Jack is the most depraved and horrible soul that he has ever encountered, even going as far as to call Jack an Antichrist.

Finally, Jack gets what is coming to him when he falls into the deepest and darkest depths of Hell when trying to escape his punishment by scaling Hell's walls to get away to Heaven. 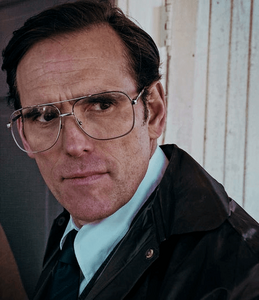 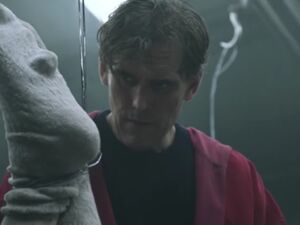 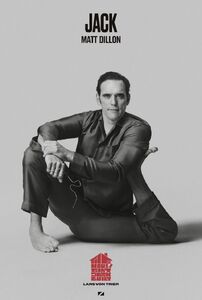 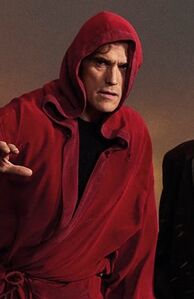