Jack Attack is a main antagonist from the horror movie franchise Demonic Toys and is one of the series' most iconic toy-like monsters, appearing in many of the films as a result.

Jack Attack takes the form of a hideous jack-in-the-box that has a sadistic life of its own, capable of biting victims with razor-sharp claws and dislodging itself from its box like a snake. Jack Attack has adapted well to his new form and like the other Demonic Toys; is in reality a malevolent demon that has taken possession of a seemingly harmless toy in order to cause havoc in the human world.

He has less personality, and more, a vicious set of instincts, as he is an ambush predator, hiding in his box and jumping out onto his victims. He also cannot seem to talk, but laughs constantly. His rattle also seem's to have a somewhat hypnotic effect on his victims.

Jack Attack usually has the head of a disturbing clown, with a box with jesters on it. In Demonic Toys 2; Jack Attack had to be stitched together, do to the fact that he was blown to pieces in the first movie, giving him a more "demonic" look to him. Also; in addition to his laugh, he also makes a honking noise. In Puppet Master vs. Demonic Toys; Jack has a less demonic look to him, with a red box with white polka-dots on it. In the Demonic Toys comic series; Jack's box is white, has big letters on all sides (A, B, C, D), and a clown face on the top of the lid. He also has arms. He is also referenced in the movie Blood Dolls, the character of Mr. Mascaro is the human version of him.

Jack Attack first appeared in the horror film Demonic Toys, which was made by Charles Band's Full Moon Entertainment as a rip-off of their very popular Puppet Master series. Even though Jack was hardly seen in the films; he quickly became the most popular toy in the franchise.

In other films by Full Moon Features

Jack Attack appears in other movies made by Full Moon Features.

Jack Attack makes a cameo in Evil Bong along with Ooga booga from Doll Graveyard, The Gingerdead Man from the film series of the same name, and Jack Deth from Trancers.

When Puppets and Dolls Attack!

In the Demonic Toys comic series; Jack Attack, along with Baby Oopsy Daisy and Grizzly Teddy, once again help their master, "The Kid", with a plot to be born using an unborn baby's soul. In this story line; Toyland's name has been changed to "Arcadia Toy Company", and is being run by Jack Norton and assistant Mr. Horse. The factory is torn down and replaced with a super high-tech skyscraper, but evil still exists beneath them. One night Jack jog's through the park and is killed by Baby Oopsy Daisy. He is then possessed by the Kid. He then tries to dictate a policy for the largest toy producing company in the world. But Judith Grey's son Matthew, now 8 years old, feels that Jack may be possessed. Dapne, an employee of Arcadia Toys runs into Jack and he sees that she is pregnant. He decides to keep her for it.

Jack Attack has different powers depending on which movie. In the first movie, Jack is just a killer Jack-in-the-box whose box is actually part of his body, and he can't leave it. He also has at the end of his tail a Baby Rattle, somewhat of a pun on the term 'rattle snake'. This is the only movie that Jack has his rattle. In Dollman vs. Demonic Toys, he has the ability to leave his box at will and slither around in a snake-like form. In Puppet Master vs. Demonic Toys, he can screech so high pitched that he can pop people's eyes out. In Personal Demons, it shows that Jack Attack moves around by hopping. He also has a tail with a knife at the end of it. In the comic book series; Jack Attack has arms.

Jack Attack seems to be the most popular toy in the Demonic Toys franchise, however he is hardly seen in the movies. He is also the second most popular Full Moon character, the first being Blade. 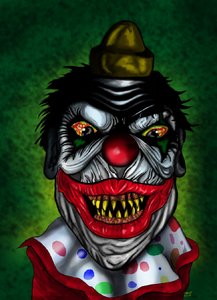 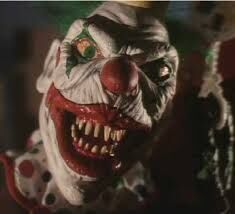