Jack O'Lantern is the name of the five supervillains who appeared in Marvel Comics. He is a member of Thunderbolts. Some incarnations were known as Mad Jack.

The original Jack O'Lantern was disgraced ex-CIA Agent Jason Macendale, Jr., who assumed the identity after several years working as a freelance mercenary. Macendale was primarily a foe of Spider-Man and during his time under the alias, formed a working relationship with Hobgoblin.

A second Jack O'Lantern, named Steven Mark "Steve" Levins, was introduced in Captain America v2 #396, who fought Captain America and Spider-Man while in the employ of the Red Skull.

Following the death of the second Jack O'Lantern at the hands of the Punisher, Daniel Berkhart, who previously operated as Mysterio, became the third Jack O'Lantern and worked primarily for Norman Osborn, once again as an enemy of Spider-Man, as well as Daredevil. Beckhart also worked with Maguire Beck, the cousin of Quentin Beck, who wanted to eliminate anyone who did wrong to her cousin. Jack O'Lantern was later revived by Lucifer and had new abilities such as reanimating the dead to do his biding and became an enemy of Ghost Rider.

It was revealed that the resurrected Jack O'Lantern was Steve Levins, and he begins to terrorize his hometown, Sleepy Hollow, Illinois.

An unnamed man who claimed to be Steve Levins's brother has since been caught by the police. This man was shown to be able to transform into a Jack O'Lantern-headed villain using the powers of a mystical demon. The police interrogated the man, but he was later released by Norman Osborn who wanted this Jack O'Lantern in his army.

Even after the explosion he was still able to run and retreat. Later, Crime Master is able to use contacts to discover Venom's true identity, and has Jack O'Lantern kidnap Flash's girlfriend, Betty Brant, in exchange for Venom letting Crime Master get his shipment of Antarctic Vibranium. When Venom leaves to rescue Betty, he is distracted by Spider-Man's appearance, which drives the symbiote into an uncontrollable rage.

Eventually Betty is rescued at the last second by Spider-Man, with Venom then trying to recapture Crime Master. However, Venom is attacked by Jack O'Lantern, who proclaims Flash as his first real arch-nemesis, and desiring revenge for the disfiguring grenade explosion, also mockingly calling Flash by his first name, "Eugene". While it has not been confirmed, this new Jack O'Lantern claims to have killed every other person to go by the name in an effort to "clean up the brand". Jack O'Lantern is a member of the Crime Master's Savage Six.

Jack O'Lantern has a variety of different weaponized gadgets such as explosive/corrosive candy, incapacitating floating green ghosts, a rocket-powered broomstick with pedals to control, various types of sickles, small devil-bots capable of attacking on their own. Jack claims to have been trained to be the world's greatest assassin, noting that the term gets thrown around a lot but he is not kidding. He displays a fair level of hand-to-hand combat against Venom. Jack was also able to survive a grenade blast to his face though it left him rather disfigured. He openly takes "medication" to deal with it. 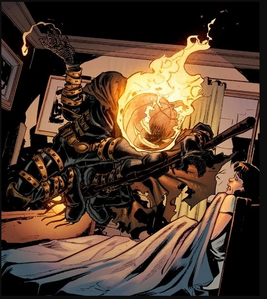 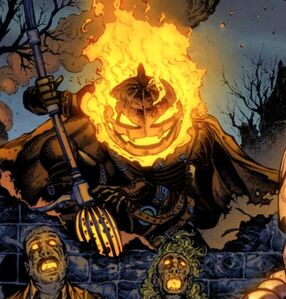 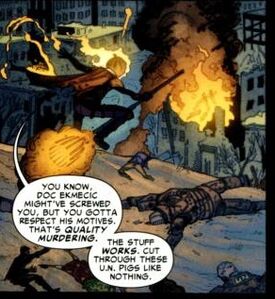 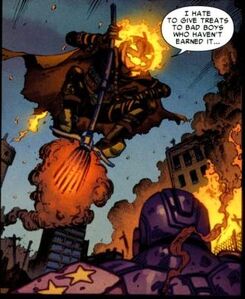 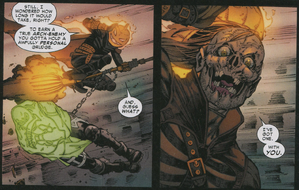 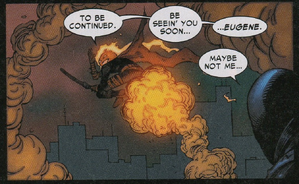 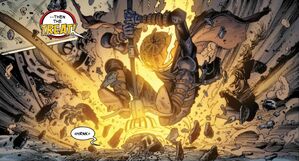 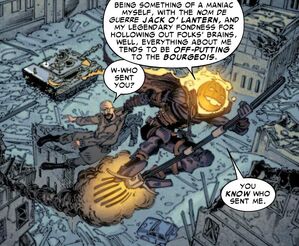 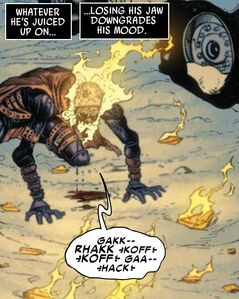 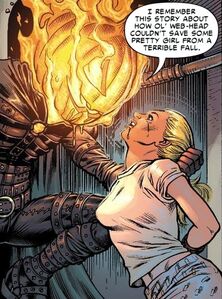 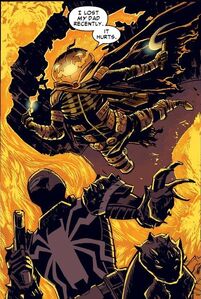 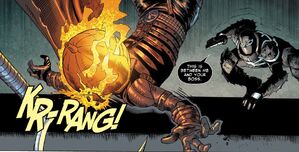 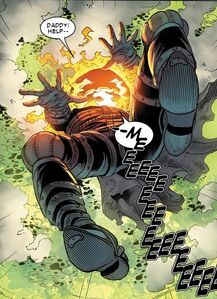 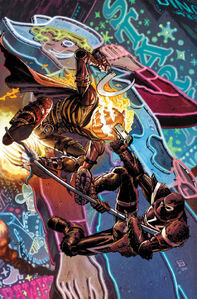 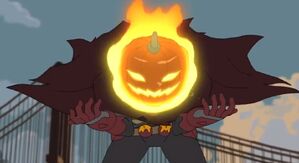 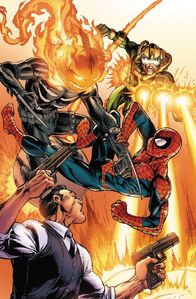 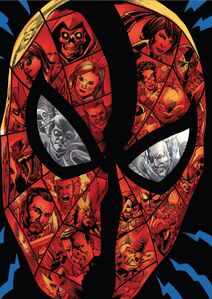 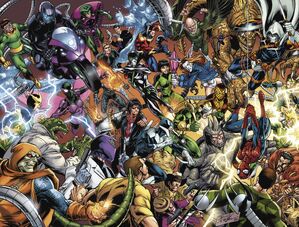