Making dishes out of dead people.

Be the best in "Scandinavian cuisine"

Obtain dead bodies for his cuisine

Psychopathic Cannibal
Jack Roe, also known as The Procurer and Jakob Ro, is one of the two targets in the 5th Elusive Target mission of HITMAN III, "The Procurers", and he served as the main antagonist of the mission.

Jack Roe was an American chef and a con artist who pretended to be a Danish chef named "Jakob Ro", being professional in making New Nordic cuisine. He had used human as ingredients following an accidental murder. He worked with his partner-in-crime, Robert Burk, into making dead people and his victims into dishes.

Later, Ro and Burk were killed by Agent 47 in Thornbridge Manor where he prepared dishes for Gregory Carlyle, immediately after an anonymous celebrity discovered their crimes. The said celebrity wanted to avoid further scandal, and they hired 47 to stop the criminal duo.

He was voiced by Derek Hagen.

Jack Roe was born in Brooklyn, New York, to a single mother. He failed out of school but found that he had a skill for cooking and attended a culinary school.

While under an apprenticeship in London, he started dating a Danish waitress named Rikke Mose. He moved to Denmark with her, where the new Nordic cuisine craze was starting. Initially skeptical, Roe became obsessed and broke up with Mose.

Roe opened a restaurant, Sæhrímnir, and adopted the alias "Jakob Ro". He became a celebrity, appearing on talk shows and magazines. His success was threatened when Mose returned and blackmailed him, threatening to reveal his true origins if Roe didn't give her money. Roe fought back and accidentally killed her. He disposed of the body by chopping her up, cooking her and serving her as a meal to several unsuspecting diners.

When he realised that his customers enjoyed unknowingly dining his old flame, Roe was inspired to replicate the recipe. After attending the funeral of his old mentor in England, he befriended one Robert Burk, a timid embalmer, and bribed him into providing him with corpses to source his fine ingredients from. 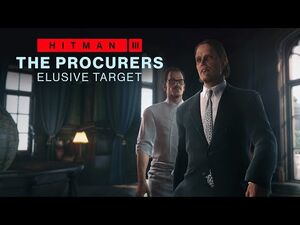