Take care of The Overlook Hotel until the first of May (formerly, failed).

Jonathan "Johnny" Daniel Edward "Jack" Torrance is the protagonist villain of Stephen King's 1977 horror novel, The Shining, as well as its 1980 film adaptation by Stanley Kubrick and the 1997 TV miniseries adaptation.

Jack Torrance was a writer and a recovering alcoholic who lived with his wife Wendy and his son Danny, who wielded a special psychic power known as "the Shining".

Jack was put in charge of the Overlook Hotel, and during the time there, was influenced by a demon that controlled the entire Hotel and attempted to try to kill his own family.

Jack was a writer who accepted the job of winter caretaker for the Overlook Hotel, despite being informed of the building's grisly past and reputation as a cursed place (which he shrugged off as a superstition) and he took his wife Wendy and son Danny with him to the hotel, and thought that the solitude of the place would help him in his writing as well.

However, Jack soon descended into madness that was never fully explained, depending on the view of the audience he could have either suffered an intense mental breakdown or he was possessed by the spirits of the Overlook Hotel whatever truly happened to the unfortunate Jack was never fully explained. Yet, the demonic possession was further implied by all the ghosts that haunted the hotel, especially the ghosts of two young girls, who frequently appeared to Danny as well. The ghosts were apparently attracted by the boy's power and seemingly tried to drag him into the Underworld.

At any rate, Jack soon lost his mind completely, and became increasingly abusive toward Wendy and Danny while holding conversations with a ghostly Bartender (who appeared to be the ghost of the previous caretaker) that apparently only he could see he also had a traumatic experience with a ghastly phantom in a hotel room and ultimately descended into a murderous psychosis in which he tried to kill his wife and son with an axe (much as the previous caretaker had done years previously). 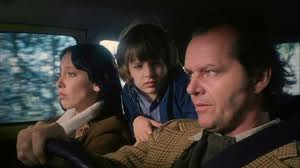 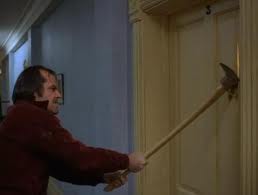 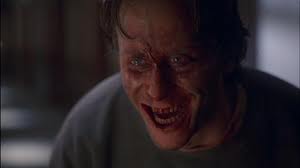 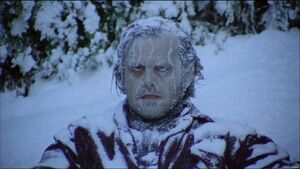 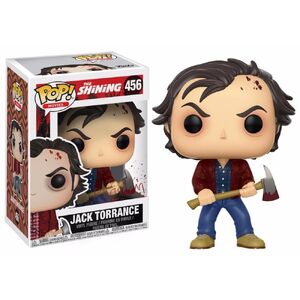 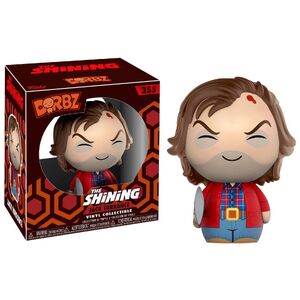 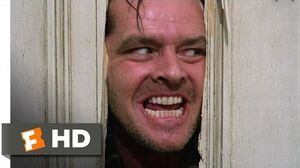 Retrieved from "https://villains.fandom.com/wiki/Jack_Torrance?oldid=3060281"
Community content is available under CC-BY-SA unless otherwise noted.