Hero of the Tragedy of Sablier

To control Oz the B-Rabbit

Control Oz's body at will

???
Jack Vessalius is the main antagonist of Pandora Hearts. He is the insignator of the Tragedy of Saiber instead of being the Hero of Saiber as previously thought. He is the 'hero' of 100 years ago and the one who 'defeated' Glen Baskerville.

He is voiced by Daisuke Ono who also voices Sebastian Michaelis from Black Butler.

He has some sort of connection with Alice's memories. Jack looks like a grown-up Oz with a long plait.

His personality is also similar; Like Oz, he does things at his own pace and is loud and cheerful. With no expectations from his family, he acted quite freely: always smiling, joking and flirting with girls. Jack was also a self-proclaimed music box maker.

He also shows true anger when Lottie suggested that he killed Glen to gain fame and glory. Jack reveals, through his speech when he first possesses Oz, that Glen is still living.

Jack was the third son of the Vessalius family who was, before the Tragedy of Sablier, a third-rate noble family.

His best friend at that time was Glen Baskerville. Jack crafted a pocket watch for him and Glen wrote the melody, titled "Lacie". The pocket watch's melody was said to be a song that Lacie always sang to herself. Later, Glen tried to kill Jack because he started the Tragedy of Sablier (because he believed that without Lacie, there was no meaning to life) Although hailed as a hero for this act, Jack did not want to kill his best friend. In a later entry in Jack Vessalius 's diary, he wrote: "I have killed my best friend. Please... Please do not call me a hero." But it was revealed, that it was Glen who actually wrote this.

Oz and Gilbert meet him when they are taken to the Cheshire Cat's dimension. He is currently residing in Oz's body and can 'possess' Oz and speak through him. When in control, Jack also has full control of Alice's chain power.

Despite this, he says to the Baskervilles that if they wish to repeat the past, he will once again turn his body into a blade that will destroy the Death Gods. It seems that all of the things he has said were all lies. During Jack's flashback he was told by Lacie to become a prostitute to which he remarked, 'It is a great sin!' Jack deeply loved Lacie and after she was cast into the Abyss as a sacrifice for Levi Baskerville's experiment, he came to loath the Baskervilles. When Jack learned that Lacie had given birth to a daughter (Alice) while in the Abyss, who was now a 'prisoner' of the Baskervilles, he swore to protect her. However, Jack only cared and protected Alice because she served as a conduit for Jack to communicate with the Will of the Abyss. Jack is not trying to possess Oz's body; the body has always been Jacks.

Oz is revealed to be the true B-Rabbit, a chain created by the Will of the Abyss at Jack's request, who possesses the power to sever all the chains keeping the world from plunging into the Abyss. This has always been Jack's true intention, to bring the world that Lacie loved to the Abyss, even though she was more or less destroyed by the darkness already, because he loved her. Later on he hated her, for meeting him and giving him hope, but realised after faking so many emotions after many years, he loved the fact he knew he could actually feel an emotion, even if it was hate. After meeting the Will of the Ayss he confessed his true intentions and White Alice was able to see that he had Black and White Jack after making a deal with Oz realized that he was wrong and after this discovered that he was a lonely person. He also discovered the true form of the Abyss realizing that it was Lacie's true wish eventuality got over his hatred of her and giving up his body to the core after he passed away. 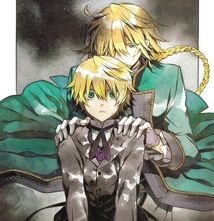 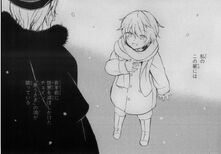 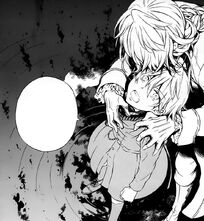 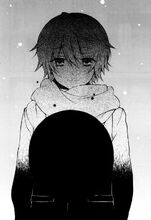 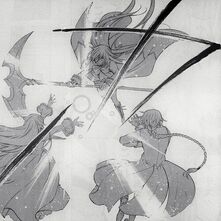 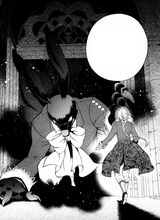 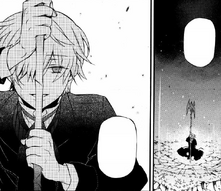 Retrieved from "https://villains.fandom.com/wiki/Jack_Vessalius?oldid=3465611"
Community content is available under CC-BY-SA unless otherwise noted.