Create a race war between Caucasians and Native Americans.

Jackson Gordon Cally, also known as The Grandfather, is a major antagonist of the crime-drama TV series Criminal Minds. He is a cult leader that appears as the main antagonist of the season one episode "The Tribe".

He was portrayed by Chad Allen, who also portrayed Brad Adams in Do You Wanna Know A Secret.

Jackson Cally was born in 1974 in an abusive environment. He spent the majority of his childhood in foster homes, and when he turned 18, he was imprisoned for auto theft. While imprisoned, he preached to his fellow inmates on religion. At one point, when he was threatened by another prisoner, he convinced his cellmate to kill him. Upon his release, Cally began studying Native American culture in different universities, and formed a cult in Terra Mesa, New Mexico. Cally's ultimate plan was to instigate a war between the Caucasians and the Native Americans due to his prejudiced views towards the latter.

Cally's crimes were brought to the attention of the FBI when he and his cult massacred a college dormitory, mimicking Apache war rituals in an attempt to frame the Native Americans for the attack. When the FBI ruled out the Native Americans as suspects, Cally's cult next targeted the head of the American Defense Unit, killing him and his family, impaling their heads on pikes for the FBI to find. Cally finally dressed his cult like the ADU and attacked a Native American school. His plans were foiled, however, when BAU unit chief Aaron "Hotch" Hotchner, and local police officer John Blackwolf, subdued his cult. Cally and the remaining members of his cult were afterwards arrested. It is also revealed that the reason he had his cult members mimic Apache war rituals was due to his hatred towards the Apache tribe. A fact that enraged Blackwolf. 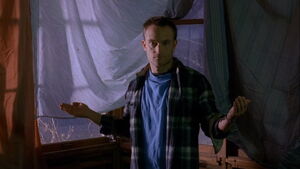 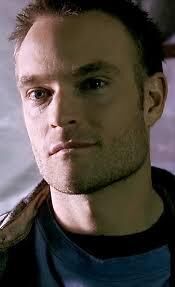 Retrieved from "https://villains.fandom.com/wiki/Jackson_Cally?oldid=4143353"
Community content is available under CC-BY-SA unless otherwise noted.