Get away with his murders (failed)

He appeared in the episode "Father Knows Best", played by an unaccredited actor.

Rene Thibault was an officer in a Haitian death squad named "Tonton Macoute" that was responsible for many atrocities. These atrocities included forcing mothers to carry their children's decapitated heads, drowning people and forcing fathers to rape their daughters.

At some point, he encountered an American Special Forces member named James Doakes, who was horrified by the atrocities he committed. Eventually, Thibault left that life and started anew in Miami under the name Jacques Bayard.

One day, Doakes, who was now a police officer, was driving over a small bridge when he happened to spot Bayard and recognized him as a known member of the death squads. He jumped out of the car and pursued Bayard, who recognized him and jumped over the side of the bridge onto the beach. Doakes's partner Angel Batista drove after them, and when he got out of the car he heard two shots and found Bayard dead.

The investigation concluded that Doakes had shot Bayard and a death reflex had caused Bayard's gun to go off. However, an unspecified government agency dismissed the case on grounds of foreign relations issues. 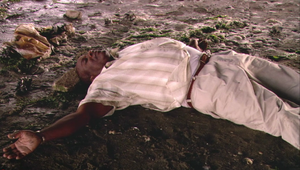 Jacques after being shot to death by Doakes. 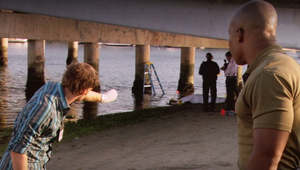 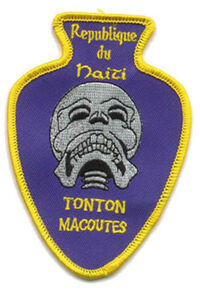 Jacques' Tonton Macoute patch.
Add a photo to this gallery

Retrieved from "https://villains.fandom.com/wiki/Jacques_Bayard?oldid=4377364"
Community content is available under CC-BY-SA unless otherwise noted.