Getting into someone's trust

Get into Taylor and Eli's trust

Irene Tabatchnick, better known as Jade, was the main antagonist of 2019 in Why Women Kill. She used to be Taylor and Eli's lover, but when they learned about her past, she tried to kill them.

At first glance, Jade was sweet, polite and respectful with a habit for cleaning up. It is then revealed that she was cruel, petty and somewhat unhinged.

Jade was born in Ohio. Three families got she out of their houses. The first two times were for stealing money. The third time was for when her stepmother, Verna Roy, said, that Irene was trying to seduce her husband. A week later, Their house burned down, killing them both. Irene changed her name and moving to Pasadena. 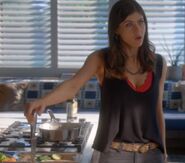 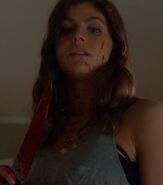 Add a photo to this gallery
Retrieved from "https://villains.fandom.com/wiki/Jade_(Why_Women_Kill)?oldid=4038184"
Community content is available under CC-BY-SA unless otherwise noted.