Jaegers are a secret police squad led by General Esdeath under belief of Empire to kill every people who are connected with Revolutionary Army fighting against the Empire of the Prime Minister Honest and the secondary antagonists of Akame Ga Kill!.

One of the first acts of the Jaegers, much to most of the members' bewilderment, was to find Esdeath a lover. Due to the tournament held for this purpose, Tatsumi was bought to the Jaegers. One of the earliest missions of the Jaegers first had them assault a bandit fortress as a show of their powers to Esdeath, felling the base with ease. After being forced to train with Wave in the mountains, Tatsumi befriends Wave but eventually escapes the Jaegers.

Becoming suspicious of Tatsumi's actions, Dr. Stylish tracks down Tatsumi, leading him to the Night Raid base. After an assault by Dr. Stylish, his forces are decimated and he himself is killed by Akame despite going into his Danger Beast form.

Shortly after Dr. Stylish's death, the Jaegers prepare themselves for an attack against Night Raid, and divide themselves into two groups, the first consisting of Esdeath, Run and Seryu, and the second containing Bols, Kurome and Wave. As a result from the separation and conflict, Bols is killed, although Chelsea, who assassinated him, was shortly killed herself after attempting to take down a seemingly-weakened Kurome.

Shortly after, Seryu was also killed when she attempted to fight both Tatsumi and Mine alone. Although Tatsumi left the battle to deal with the Rakshasa Demon Suzuka, who had first spied the two Night Raid members trying to blend in with the crowd, he returned in time to save Mine from Seryu's suicide bomb.

Their next assignment was to protect Bolic from an anticipated attack by Night Raid. Although they anticipated the attack, Bolic was still killed due to a combination of Bolic's own overconfidence and lust, Susanoo's and Tatsumi's ability to distract Esdeath, and Chelsea's weakening of Kurome during the former assassination attack. However, in order to escape from Esdeath, Susanoo sacrifices himself to get the rest to safety.

With their current losses, and widespread rebellions, Esdeath was ordered to fight in the West, while the remaining Jaegers were stationed within the capital. During this time, the higher council deemed the Jaegers useless or weak, and decided to form a new group, Wild Hunt.

The very first interaction between these two groups occurred when Wave was informed by Bols' family of a group causing trouble. Upon seeing the public execution done by Wild Hunt, Wave immediately attempts to show his anger, but is stopped by Run, warning Wave that the leader of Wild Hunt is the Prime Minister's son.

Shortly after calming down, Wave is shocked to see that Bols' wife and child had been savagely killed by Wild Hunt during an investigation. Following this Kurome was also harassed by Wild Hunt, eventually causing Wave to finally snap and lash back against Wild Hunt, declaring that the "Jaegers will hunt down anyone who disturbs the peace," causing a fight between him and Wild Hunt leader, Syura. Wave defeats Syura in a fair duel, much to the latter's frustration, and Run reveals his own motivations: Champ, a member of Wild Hunt, killed his entire class back when he was a schoolteacher. That night, Run and Kurome leave to fight Wild Hunt at their own base just as Night Raid themselves move to take down the group.

In the resulting battle, Run is able to kill Champ, but is fatally wounded. On the verge of dying, Run uses his last strength to get Kurome to safety. He succeeds, but is then stabbed and killed by Kurome herself in order to turn him into a puppet. Eventually, Kurome and Akame fight in their final confrontation until Wave interrupts and stops the fight. He ends up confessing his love to Kurome and shatters her Teigu ending the fight.

In order to protect Kurome at all costs, the two of them defect from the Empire leaving Esdeath as the only Jaegers member left and the group dissolves afterwards. During the final battle against the Empire, Akame and Esdeath go all out and in the end Akame finally defeats Esdeath with the cost of her teigu. While dying, Esdeath regrets not been able to see Tatsumi return his smile to her and then disintegrates into nothingness.

With Esdeath, Honest and the Emperor gone for good, the Jaegers are finally disbanded and now Wave and Kurome move on to live happier lives and do good for the newly reformed Empire.

Note:The status of all Jaegers members are from the original manga. In the anime, only Wave and Run survive. 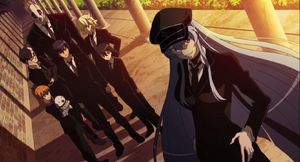 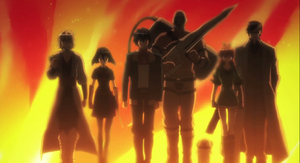 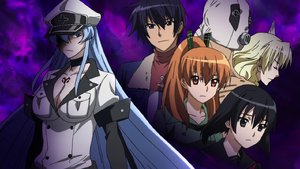 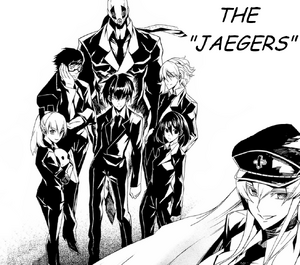 As noted by Tatsumi, the Jaegers are essentially the Empire's equivalent of Night Raid, with each member of the former mirroring one of the members of the latter after Susanoo and Chelsea joined.