Serve 50 Blessings in any way (went on until his death).

Jake, also known as The Cobra, is a character in the indie top-down shooter video game series, Hotline Miami. Initially appearing as a corpse in the first game, Jake returns as one of the playable protagonists in Hotline Miami 2: Wrong Number, serving as one of the two protagonists of the 1989 setting in the game (alongside Richter Berg).

Jake is a member of an ultranationalist terrorist organization known as 50 Blessings, which seeks to abolish the Russo-American Coalition by instructing several of their members to attack several operations owned by the Russian Mafia. As such, Jake is one of many citizens in Miami to go on violent rampages against the Russian Mafia. Unlike other masked killers, Jake is a fervent xenophobe who genuinely supports 50 Blessings' cause.

In each of his appearances, Jake is shown to be a hotheaded, impulsive and boastful xenophobe. He harbors an immense hatred towards Russians and is very quick to voice his contempt for them. His prejudiced nature towards Russians is also highly emphasized in the digital comic, where he is shown to sadistically get enjoyment out of violently assaulting Russian citizens during a riot. Due to owning a Confederate flag in his apartment and hoping to get a tattoo of "Old Dixie" on his shoulder, it is implied that Jake may be a neo-Confederate.

In stark contrast to other 50 Blessings operatives such as Jacket, Biker and Richter, Jake is extremely loyal and passionately vocal towards 50 Blessings' cause, voicing his dedication to help the organization in their goals, much to their dismay. However, Jake's loyalty towards the organization can prove to be his downfall, as 50 Blessings will, depending on the player's choice, go out of their way to silence him for knowing too much about their operation.

Jake is an obese man presumed to be in his late twenties or early thirties. Although he has shaved his head at the beginning of Hotline Miami 2: Wrong Number, Jake originally had a blonde mullet prior to the game's events. He also has what appears to be a mono-brow and green eyes with snake-like vertical pupils.

Jake wears a black t-shirt, a pair of torn jeans and has a green checkered shirt tied around his waist. As with the rest of 50 Blessings' spree killers possessing animal masks, Jake is able to wear three different snake masks: a cobra mask, a rattlesnake mask and a black mamba mask, which are all nicknamed "Jake", "Irvin" and "Dallas" respectively.

Little is known about Jake's personal background. However, the digital comic shows that Jake was a former junkyard worker who decided to quit his job in order to protest against the growing Russian prominence in the United States.

He also signs up for 50 Blessings, a patriotic organization retaliating against the Russians. Eventually, a package containing a cobra mask is sent to his apartment and eventually starts receiving cryptic messages on his answering machine instructing him to assault various Mafia-occupied buildings. However, he remains unaware of who is sending the phone calls.

On April 25th, Jake shaves his head at his bathroom sink inside his filthy apartment. Once finishing, he reads one of 50 Blessings' newsletters next to a mask box before receiving a phone call from "Eric" from Miami Auto Repairs. In the middle of the phone call, Jake tries to interrupt the caller by demanding if he could talk to the callers' boss, indicating that this is not the first phone call he has received. However, the caller ignores him and gives him the address to Northwest 12th Avenue place before hanging up.

Aggravated, Jake angrily yells at his phone, telling the caller to show him "some Goddamn respect" before heading out of his apartment. He gets into his green sedan and heads over to the address given to him. Jake arrives at a new station owned by the Russian Mafia and puts on his cobra mask before heading inside. Once inside, he brutally kills all of the mobsters there and heads up to the news editor's office, where the news editor is conversing with a mobster beside him. Jake bursts into the office and guns down the armed mobsters.

Depending on the player's choice, Jake can choose to shoot the editor or spare him. Jake also finds a suitcase full of money on the editor's desk and the player can choose to take it with him upon finishing the level. After completing his mission, Jake decides to celebrate his successful attack by heading to a tattoo shop. He asks the tattoo artist if he could get the Dixie flag on his shoulder. The tattoo artist books him for an appointment next Friday, but Jake demands that he wants to get the tattoo today as a special occasion. The tattoo artist denies his request due to the shop being fully booked for days. In response, Jake furiously chastises the tattoo artist for the business they are running their, calling the man a "Russian asshole" before storming out.

Two months later on June 3rd, receives another phone call: "Mary" from the Daycare Center has organized a parent-teacher meeting at Northwest 159th Street for Jake to come to. Jake tells the caller that he accepts his mission, only for the caller to ignore him once again and hang up on him, much to his annoyance. If the player had taken the money from the news station, Jake uses it to replace his green sedan with a black truck.

Instead of heading over to his next job, he drives to 50 Blessings' headquarters. The Manager there greets Jake and is happy to hear that he supports their cause, but tells him that they are closing up soon. Jake tells the manager that he has a crazy plan that he would like to pitch to the organization, to which the manager agrees to hear it. Unaware that 50 Blessings are the ones screening the calls, Jake informs the manager of the strange phone calls. He says that with their resources and many of 50 Blessings' members having military experience, they could set up their own similar phone call operation and specifically target Russians to free America of oppression. Seemingly confused, the manager assures Jake that 50 Blessings is a peaceful organization and tells him he isn't sure what Jake is accusing the organization of. As Jake is about to tell the manager he isn't accusing him of anything, he notices the manager's tense silence. Realizing the truth, Jake is astonished that 50 Blessings is already carrying out the plans that he is pitching them. The manager demands Jake to leave, with the latter gleefully remarking that he shouldn't worry as he is a patriot who has "something important to do" before leaving.

Afterwards, Jake arrives at the address given to him and the level known as "Withdrawal" begins. Jake finds a large meth operation held by Russian mobsters. As per usual, Jake begins slaughtering the mobsters and potentially blows up the meth labs inside along the way.

Depending on how well the player does on the third and final floor of "Withdrawal", there are two different outcomes for Jake's fate:

Despite being dead since 1989, Jake makes a small cameo appearance in Hank's bar, where he is seen sitting at one of the tables occasionally blowing on a small American flag.

While investigating the 1989 massacres, freelance writer Evan Wright is given access to the police evidence locker by his friend Manny Pardo to look at Jake's belongings. If the player had stolen the floppy disk in the 50 Blessings safe house, the floppy disk can be found among Jake's belongings. Evan picks up the floppy disk and asks Pardo if there is anything on it, to which Pardo tells him that there are a list of addresses on it linked to the masked killers. As part of a favor owed to Evan, Pardo reluctantly allows Evan to borrow it.

Later, Evan has the addresses extracted from the floppy disk at Copy Flash. One of the addresses on the disk leads Evan to the 50 Blessings HQ itself, which has since been abandoned by the organization.

The Table Sequence plays out each time the player starts a new game after already completing Hotline Miami 2: Wrong Number. Jake is seen among the rest of the playable protagonists in the game, meeting with Richard in a dark room, who knows of each character's fates. Richard greets all of them by asking them if they know how this ends for each of them. Bewildered, Jake rudely questions what Richard is talking about and demands to know who the rest of the protagonists are and why he is here. Richard replies: "You're not really here, are you?" A flash of light then shows Jake dead with a gunshot to the head.

Much like the other 50 Blessings operatives, Jake is a strong combatant, capable of singlehandedly slaughtering dozens of mobsters, utilizing a wide variety of weapons to his advantage, and happens to be surprisingly fast despite being overweight. Like Mark and The Pig Butcher (two characters who share his large size), Jake does not appear to use proper gun handling and instead wields assault rifles and shotguns with one hand, which does not appear to hamper his capabilities with firearms. As a downside though, Jake's melee attacks are slower than other playable characters, since for unexplained reasons, Jake punches and swings weapons with one arm.

Similarly to Jacket, each of Jake's primary abilities come from the animal masks he can choose to wear at the start of his levels, making him the only 50 Blessings operative besides Jacket to utilize multiple masks. Despite this, Jake's mask collection is much smaller than Jacket's due to his playtime being much more brief by comparison.

Jake can wear the following masks: 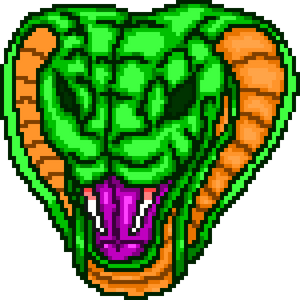 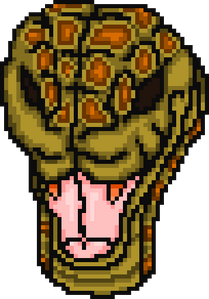 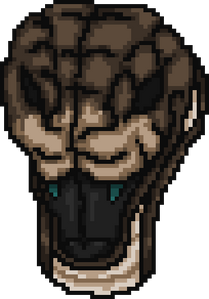