Viceroy of the Celestial Emperor

Staying in the light.

Wipe out Hokuto, Nanto, and the Hokuto Army.

Jakoh (in Japanese: ジャコウ, Jakō) is one of the many villains in Fist of the North Star, serving as the main antagonist in season 5 of the anime. He is the Governing General of the Imperial Capital.

Jakoh is voiced by Shigeru Chiba in the anime and by Eiji Takemoto in Fist of the North Star: Ken's Rage 2.

He has kidnapped the Celestial Empress Lui and ordered Falco to destroy the Hokuto and Nanto fighters. Ostensibly, this is because they attempt to outshine the Gento's imperial star, Taikyokusei (in Japanese: 大極星, Taikyokusei also known as Polaris, not to be confused with Hokuto which is the Big Dipper). In reality, when Raoh was about to leave the Gento village after Falco convinced him to leave it alone, Raoh told Falco that Jakoh had evil intentions and that Falco should kill him. Falco was unable to at the time because Falco's mother had raised Jakoh as well and would have been heartbroken.

Jakoh is first seen when Falco reports to him without wiping out the Hokuto Army and makes the Gento Koken master kneel down. He also claims that Hokuto and Nanto are evil, when Shoki, Kenshiro's short-time friend appears in the throne room and prepares to kill the usurper but Falco stops him, putting him in a false state of death.

Meanwhile, Jakoh has a nightmare about being assaulted by Raoh when his eldest son, Jask informs his father about Sheeno's death at Kenshiro's hands. He also becomes increasingly scared when Kenshiro breaks through the Imperial Capital gates one by one. When Ein and his party arrived to confront Jakoh, he dropped them down a trap door into the area where Lui was being held.

As the fight between Falco and Kenshiro was nearing a deadlock, Jakoh tries to have both fighters shot to death with projectiles. As Jakoh claims he would be the true Celestial Emperor, the ground beneath him shakes and Lui is freed from her underground prison thanks to Ein's abilities. After Lui is saved, Jakoh tries to escape, but Kenshiro throws a spear to make water send the usurper towards Kenshiro and Falco. He tries to get his troops to save him, but the Man with the Seven Scars fends off the troops with a spear. The now frightened villain tries to fend off Falco with no effect. As retribution, Falco himself kills Jakoh in an act of vengeance burning him with his Gento Koken.

Whilst a non-action big bad in the manga and anime, Jakoh is a boss in the platform for NES and the final opponent of Ein in Punchmania 2, where he throws knives. However his weak and cowardly nature reoccurs via Jakoh trying to run away during these encounters and calling guards, only directly attacking in desperation. 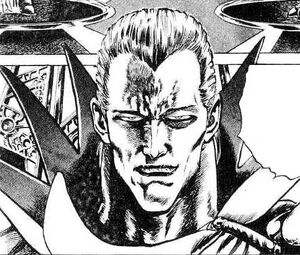 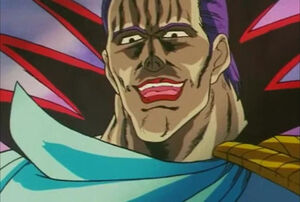 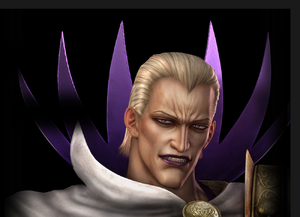 Jakoh in Fist of the North Star: Ken's Rage 2. 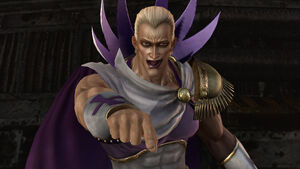 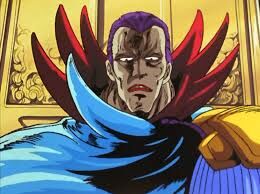 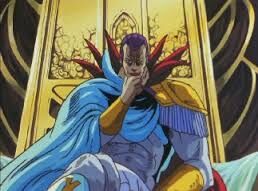 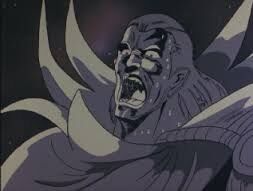 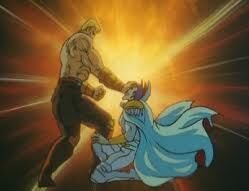