The Jambastion Cult is the main antagonistic faction of Kirby Star Allies. They are an alien religious order centered around the worship of the destroyer deity Void Termina. They seek to gather the Jamba Hearts so they can use them to revive Void Termina.

In the present day, Hyness sent the three Mages to gather the Jamba Hearts so they could revive Void Termina and summon him to their world.

By the time when Kirby and company made their way to confront Hyness, he was already summoning the Jamba Hearts from across the universe to revive Void Termina. After fighting and being defeated by Kirby and his friends, Hyness realizes that he does not have enough power to restore the Dark Lord and sacrifices the Mage Generals and himself to revive Void Termina.

During the fight with Void Termina's core, the heroes manage to free Hyness and the Mages from Void Termina's insides. They are then spat out into the vacuum of space.

After their ejection from Void Termina, the darkness inside the hearts of Hyness and the Mages corrupted them, creating a rift in reality and sending them into Another Dimension, a mysterious parallel world previously encountered in Kirby's Return to Dreamland and Kirby: Planet Robobot. Kirby discovered one of these rifts and entered Another Dimension, battling parallel versions of various Kirby enemies, collecting many Jamba Hearts and multiple Heart Spears (ancient weapons originally used to seal Void Termina) and ultimately discovering Hyness, sealed within a massive Jamba Heart made of crystal (not unlike the crystal used to seal Galacta Knight). Using the Heart Spears, Kirby opened the seal and awakened Hyness in his corrupted form. Upon Hyness' defeat, the three Mages arrived as well, lamenting Hyness' fall from glory into the madman he had become. Vowing to avenge him, the three Mages attacked Kirby, forcing him to fight all three of the Mages' corrupted forms at the same time. However, they too were defeated and fell to the ground unconscious. Using the power of the Jamba Hearts, Kirby created a massive Friend Heart and tossed it at the sisters, cleansing them of the darkness within them and returning them to their old selves. With the darkness powering the rift mostly gone, Kirby, the Mages, and Hyness were returned to their world. However, Hyness remained corrupted by the darkness; thus, as Kirby flew away on a Warp Star, he tossed down a single Friend Heart which landed on Hyness, removing the darkness inside him and finally restoring him to the kind man he once was.

In an unlockable art piece, the three Mages are seen on a beach, happily waving to Hyness (in his unhooded form, symbolizing his true self being restored) as Kirby flies away in the background. 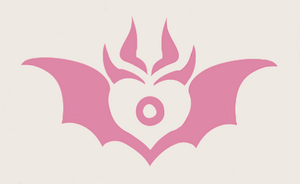 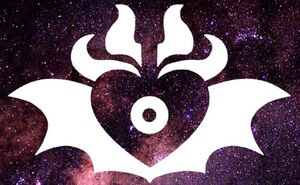 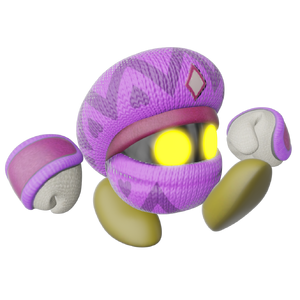 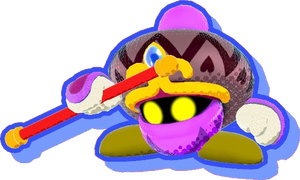