Villains Wiki
Register
Don't have an account?
Sign In
Advertisement
in: Mature, Control Freaks, Date A Live Villains,
and 31 more

He is the captain of Arbatel who happens to be the 2nd Executive Head of DEM's navy. He serves as co-commander to give commands to DEM army to capture the Spirits in Irubi Island's operation. He also makes a brief appearance in the last volume 8, at the end of chapter when he was killed by a device planted by in his body by the Deus.Ex.Machina Industries soon after closing the connection between Elliot Woodman and Isaac Ray Peram Westcott.

He is voiced by Toshiharu Nakanishi in Japenese version of the anime and dubbed by R. Bruce Elliot in English version of Season 2.

James is a man who seems to have by the age of 50 years old. He always wears a uniform and a military hat commander of Navy aerial D.E.M. He has white skin and black eyes. His hair is brown and slightly curled.

Despite having made few appearances in the anime, James is a very treacherous and cruel man who does what he destroys and kills any living being who cross his path.

He is ungenerous, arrogant, and selfish, and would make any kind of atrocity to achieve his goals, he seems to have contempt for women because they are weak and less to men, he does not show respect for their subordinates and always act like he's right in what he do, and not care about other people's opinion.

After having an engagement with Ratatoskr's airship Fraxinus over the southern island where Shido and his classmates were having a Field Trip, they were forced to retreat after being badly damaged, but due to his pride as the Captain he tried to capture the Spirits Berserk and Princess to make up for the disgrace he suffered from Ratatoskr. However when they confronted Berserk and tried to capture them, they were shot down by them and the airship Arbatel was destroyed. The status of the crew members on board the Arbatel is unknown, assumed to be killed during the destruction of the Arbatel.

However, on volume 8 it reveal later that he survived the destruction of his airship but was capture by Ratatoskr, unknown status with his crews though. Even so, the D.E.M seem to did something to his body or mind because he was not psychological stable while being being captured and would act like a zombie most of the time. More so to prove that D.E.M did something to his body was when Ratatoskr founder; Mr. Woodman came to question him, his body was uses as a human transmitter before coughing out blood and ending the conversation between Mr. Woodman and Mr. Westcott. 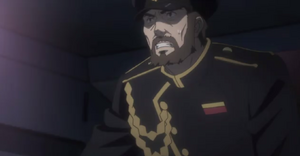 James caughts the sight of Fraxinus. 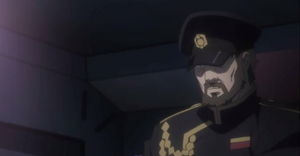 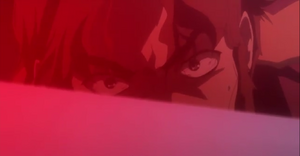 The last moment of James before his first defeat. 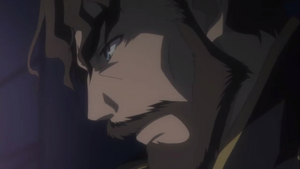 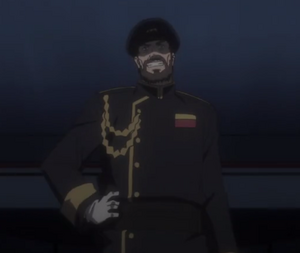 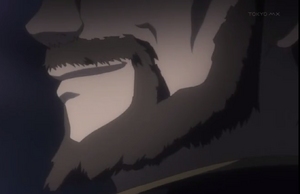 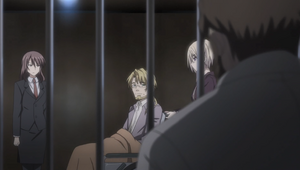 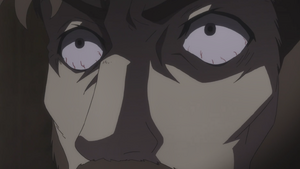 James being possessed by Westcott. 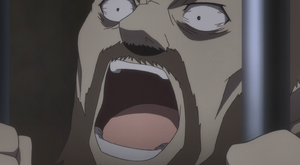