After his roast, Peter befriends with these three women, but did not know that his new female friends speak ill of him. Then, Peter enlists the help of his wife for revenge himself. At the end of the episode, Peter returns to his old friends.

Jamie has a daughter named Emily who is honestly defeated by Peter, who had trained in a diving competition in the pool, causing Jamie's anger.

Karen has an unnamed daughter who on her wedding day; Peter hires a man to pretend himself a waiter who stab the groom, causing the guests to flee and making Karen cry.

For Becca; Peter and Lois decide to drop her car from a descent.

Jamie, Karen and Becca are considered the main antagonists of Season 13 because Peter Griffin is linked in some way to them during the episode and moreover, they are more present in story than other villains from this season.

The three women can be considered xenophobic; in fact, they make fun of everyone who is different from them, even a person who has a disability, a problem with the item or is too fat, that person is mocked by them. In fact, although Lois had been kind to the three women when they first met, the three women have treacherous mockery for her annoying voice and have wondered how Peter does bear his wife. 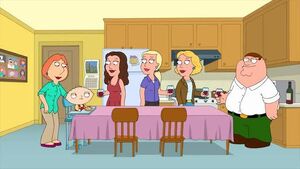 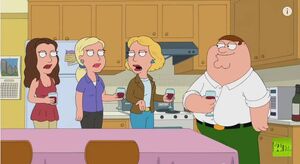 Jamie, Karen and Becca speak ill of Lois in front of Peter. 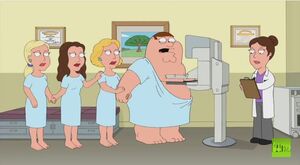 Jamie, Karen and Becca with Peter during the mammogram. 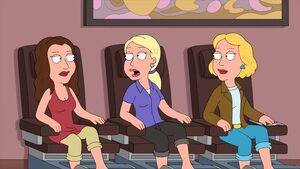 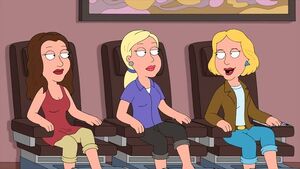 Jamie, Karen and Becca speak ill of Peter in his absence. 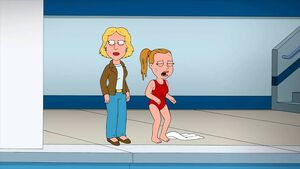 Jamie with her daughter Emily. 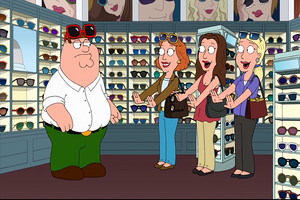 Jamie, Karen, and Becca with Peter.