Villains Wiki
Register
Don't have an account?
Sign In
Advertisement
in: Bond Destroyers, Aliens, Partners in Crime,
and 35 more

They are the Wave Change of a human and an EM virus in Mega Man Star Force. FM-ians pick a human to infect with their viruses and then they dispatch a virus to that human. The virus has more control in the body than the human host.

During the first half of the game, at a Comp Space near Geo's neighborhood in Echo Ridge, a random Jammer attempted to steal a car. Omega-Xis was able to sense the Jammer, thinking it was the FM-ian he and Geo was looking for. Geo becomes Mega Man and defeats the Jammer.

Sometime in the game, at the Echo Ridge Elementary School, a Jammer drops a chandelier on top of Geo, then defeats him. During the Libra Scales incident, the same Jammer returns and fougth Geo. He defeats the Jammer with the power of the Star Break.

At the Time Square Wave Road, three Jammers are seen distributing Gemini's Ultrasonic waves to make Brothers fight. They then kidnap and took Luna, Bud and Zack as hostages and attempted to kill them. But Mega Man appears, saving Luna, Bud and Zack, and defeating the Jammers once again.

After Geo and Omega-Xis separated, three Jammers approached Geo and beat him to a pulp. But the Satellie Admins appear, deleted the Jammers and saved Geo.

In the anime, Humans are not transformed into Jammers, rather they are turned into a humanoid version of the virus itself, such as a McCleaver merging with an artist. The artist was then arrested by Bob Cooper. 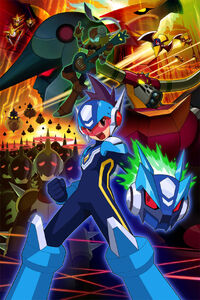 The Jammers on a official poster of the first game.

A Jammer in game appearance. 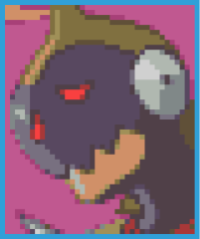 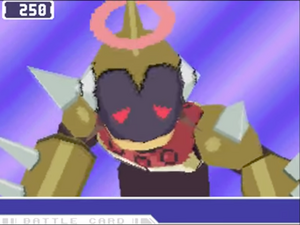 A Jammer ready to battle. 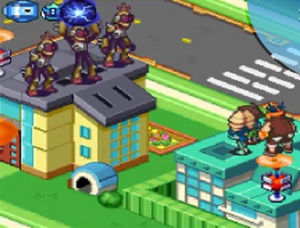 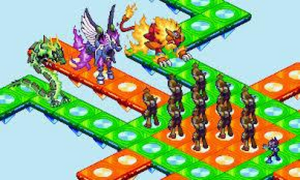 The Jammers about to be deleted by the Satellite Admins. 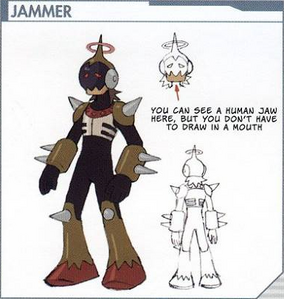 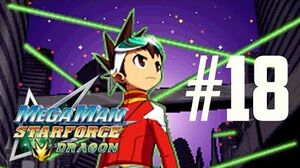 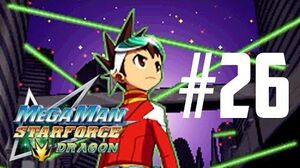