Jane is a fictional character and major anti-villain who first appears in Telltale Games' The Walking Dead: Season Two and determinately returns in Season Three. Jane works with Howe's Hardware and she escapes with Clementine's Group. She is a resourceful, opportunistic and cunning person who has managed to adapt very well to the harsh and unforgiving lifestyle of a survivor. Jane appears in flashbacks alongside AJ and Clementine if you went with her at the end of "No Going Back".

Despite being one of the main characters in the second season of the Walking Dead Game and doing several heroic acts, Jane has some traits of a villain such as being self-serving, showing a lack of empathy for other survivors, having signs of being mentally unstable, and forcing her nihilistic and social Darwinistic points of view on "survival" onto Clementine. She will be the climax antagonist of the game depending on who the player sides with at the end.

She was voiced by Christine Lakin, who also voiced Joyce Kinney.

Not much is known about Jane's life before or as the outbreak began. However, in " Amid The Ruins, it is revealed that Jane had a sister, Jaime. She and her sister used to visit an amusement park in Virginia every summer, where Jane liked to pretend that they were not sisters, but merely friends instead. Jane also liked to tease her sister, in ways such as putting gum in her hair and then cutting it out to give Jaime a silly haircut.

In No Going Back, Jane tells Clementine about an incident in which she drank a bottle of alcohol belonging to her parents when she was not too much older than Clementine. After drinking it and realizing there were sugar crystals at the bottom of the bottle, she smashed the bottle on the floor to get to them, not being able to tell them from shattered glass. Her sister, Jaime, had to call for an ambulance.

During the apocalypse, Jane has been in many groups of survivors and seen many people die due to stupid reasons including her little sister Jamie, who had given up on living and let herself get eaten by walkers. This caused Jane's 'it is best to be alone' survivor idealism.

Jane can at first easily be described as an aloof and uncaring woman who prefers to stick to herself. Beneath the rugged surface, there is a somewhat more humble and softer persona. She is a resourceful, opportunistic and cunning person who has managed to adapt very well to the harsh and unforgiving lifestyle of a survivor, having developed a rather logical and cynical point of view on life. She has learned very well how to avoid and take down walkers. Jane is brutally honest about her opinions of people and situations, which sometimes gets her into feuds with others.

She believes the best chance to survive is to be alone, because groups of survivors tend to eventually crack and fall apart, leading to people getting killed, which she apparently has witnessed more than once before. Jane is quick to notice group members who are a liability to herself and others, such as Rebecca's pregnancy, or Sarah's timid attitude. She believes that if people can't or don't want to be saved, they should be left behind rather than drag everyone else down with them. Because of this, people tend to see Jane as a cold hearted woman who only cares about herself.

Although she usually remains composed and rarely talks about herself, the presence of Clementine and Sarah, the latter of whom reminds Jane of her dead younger sister, Jaime, softens and opens Jane up a bit, sometimes bringing back painful memories. Jane and her morals appear to be self-conflicted, as noted when she encourages Clementine to steal the medicine from Arvo so that it may benefit the group, only to show regret immediately afterwards for robbing and threatening a kid like she is some lowly bandit (if Clementine does indeed take the medicine). 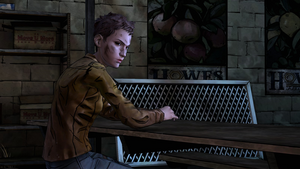 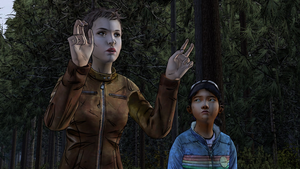 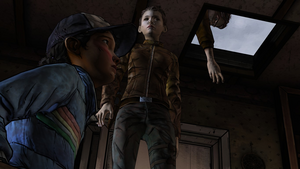 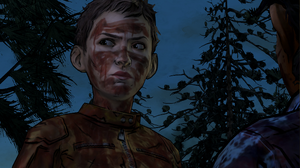 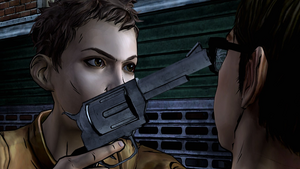 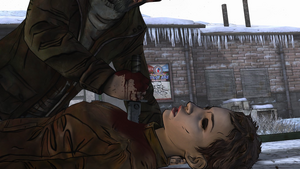 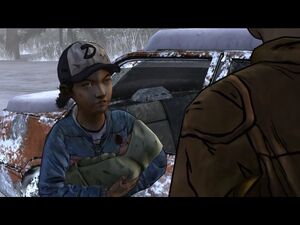