Wipe out humanity in order to bring dinosaurs back to reclaim the Earth.

Dr. Jane Tiptree is the main antagonist in the 1993 dinosaur film Carnosaur. She is loosely based on Darren Penward from the novel of the same name.

She was portrayed by Diane Ladd.

She is a scientist working for the Eunice Corporation, a company that works with genetic engineering, unknown to everyone she is actually developing a plan to exterminate human race as she sees that earth originally belonged to dinosaurs not to humans.

Dr. Tiptree is an skilled genetic engineer with wide knowledge of science in general, she asked government to support her "investigation" on genetics but managed to hide her real intentions by telling them that the project was something very important and could not be revealed but it would be a huge step for science.

She combined iguana and crocodile DNA with albatrosses, vultures, pelicans, turkeys and ostriches DNA to create a breed of extra large chicken, where they are integrated on her discovered dinosaur DNA from fossils, resulting in the breed of a Deinonychus (which escaped and killed many town inhabitants) and a Tyrannosaurus, as they were genetically altered they grew up with alarming speed. She also created a powerful and highly contagious virus that causes women to give birth to dinosaurs, killing them in the process.

She intentionally impregnates herself with the virus she created, this is seen when she gives birth to a dinosaur (possibly a Deinonychus or Tyrannosaurus), with herself ripping apart her stomach and ultimately resulting in her death.

Even after her death and her plans to wipe out humanity failed, the government had deiced to keep the dinosaur eggs for research reasons. She was mentioned by Dr. Hodges from the 3th movie as a "brilliant but troubled geneticist". 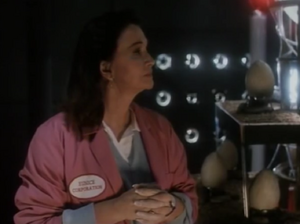 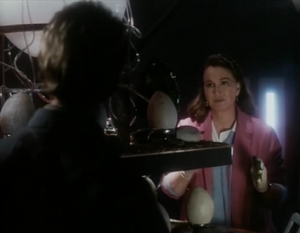 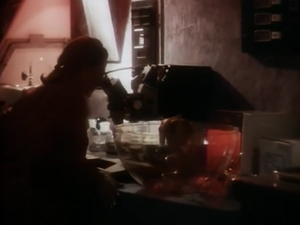 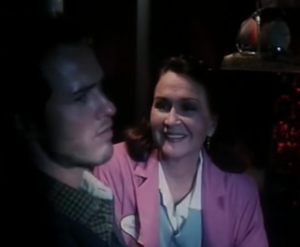 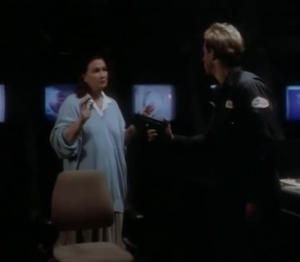 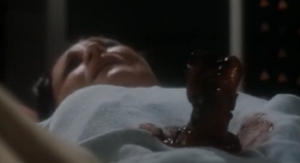 Jane Tiptree's demise.
Add a photo to this gallery

Retrieved from "https://villains.fandom.com/wiki/Jane_Tiptree?oldid=3714221"
Community content is available under CC-BY-SA unless otherwise noted.