Planning on what she will do to Jeff once she catches him.

Avenge her friends and family by murdering Jeff (arguably succeeded).

There was a report of a murder case made by Jeff. Later on it was founded out that the killer was not Jeff, but rather a woman named "Jane Richardson". The killer also left a letter for Jeff, that he is Jane's next victim. It was also founded out that Jane hates Jeff so much, that she imagines her victims as Jeff. She also left a picture of her self, and a note saying: Don't go to sleep.

NOTE: This section explains the expanded version that was not officially created by FearOfTheBlackWolf, but rather created by the fanbase who made Jane into a bigger character where she wears a mask and her last name is Arkensaw as opposed to Richardson. This version expands Jane's character more and is very different than the original one. Many inconsistencies and controversial scenes can be seen when reading the stories as they are all written by many different people.

Jane was in her early teens when Jeff arrived into her neighbourhood, moving into a home across the street from her, she did not think much of Jeff but believed that both him and his brother Liu were good people.

One day when Jane was running late for school, she looked out her window to catch Jeff and Liu sitting at a bus stop, being confronted by her local school bullies Randy, Troy and Keith, who would threaten kids with knives to give them their money because of a "toll" they would always demand. To Jane's surprise, Jeff did not take kindly to Randy's attitude and fought all three of the bullies, incapacitating them while getting unharmed. When Jane went to school, she had Jeff in her final period, there she noticed Jeff to be acting slightly sadistic with a wicked joy in his face, Jane took note of this and decided to stay away from Jeff then on.

In the morning Jane witnessed police go into Jeff's home, knowing that they had caught Jeff. However, she was shocked to see Liu being taken by the police instead, and was even more stunned to see Jeff coming out of the house begging Liu to tell the police that it was he who attacked the three bullies. Jane watched as Jeff helplessly sat at the sidewalk crying after the police took his brother away over a false belief.

As the days went past, false rumours spread around the school of Liu being the attacker against Randy and his friends, although happy to see that the trio would have to be absent from school due to their injuries, she still felt bad for Jeff who was noticeably depressed for the fact that his brother took the blame for something he did. Jane decided to leave Jeff an anonymous note on his school desk to inform him that he has somebody who will testify at Liu's trial as a witness to the event.

On Saturday of that week, Jane was home alone doing homework, her neighbours were having a birthday party so when the noise began to get louder, she decided to get up and close her window, but as she did this, she noticed Jeff in the backyard playing with the kids and noticeably was happy, Jane laughed at the sight. However her humour was short lived when she witnessed Randy, Troy and Keith jump over the fence on their skateboards and walked up to Jeff with anger in their eyes. She watched helplessly as Randy began to brutally attack Jeff and saw Troy and Keith hold the guests at gunpoint, with no other option, Jane dialed 911. While speaking to the operator, she overheard gunshots and then saw fire bursting from the windows, ditching the 911 call, Jane picked up a fire extinguisher and ran to the house next door, as soon as she entered the living room however, she passed out from the sight of Jeff on fire.

Jane woke up in a hospital room and was informed by a nurse that she was brought in along with several kids but does not tell her of their condition. Jane's parents enter the room and she tells them about what she witnessed and the events beforehand that lead to it. Jeff's parents, Margret and Peter enter the room and thank Jane for trying to save Jeff's life, Jane informs them of what she saw Jeff do before the events happened and others to testify in court that Liu did not attack anyone, but is relieved to find out they Liu is being released after witnesses at the party overheard Randy confess. Margret then offers Jane to dinner on the day Jeff leaves the hospital.

After two days, Jane is released from the hospital, upon returning to school, Jane had earned a reputation for her actions and was approached by many students.

Before she became a urban legend, Arkensaw was a sweet girl who put the value of others before herself, she despised Randy and his stooges as she called them, because they were cowards who bullied and attacked those that were weaker than them.

She has a large vendetta against Jeff and wants to murder him for herself. She says that his scream is like music to hear, and she will make him scream like he did when he was set on fire that day at the birthday party claiming that killing him will be the only thing in the world that will give her joy. 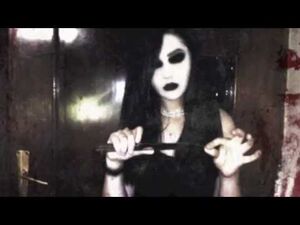 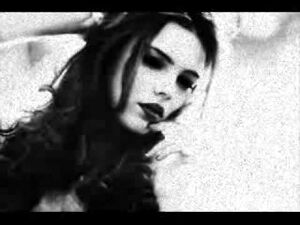 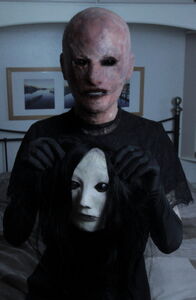 Retrieved from "https://villains.fandom.com/wiki/Jane_the_Killer?oldid=2456926"
Community content is available under CC-BY-SA unless otherwise noted.