Jared Fogle is an antagonist in the popular adult animated series South Park. As is common for the show's dark and often shocking humor, he is based on a real life celebrity, in this case the former spokesman for the Subway restaurant chain. Somewhat ironically the show parodied him as a pedophile before he was actually convicted in real life for child sexual abuse and possession of child pornography in 2015. 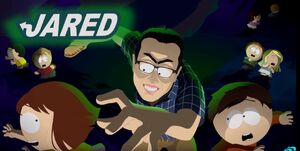 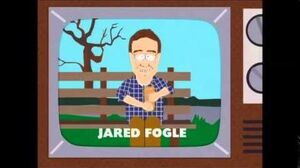 Retrieved from "https://villains.fandom.com/wiki/Jared_Fogle_(South_Park)?oldid=4127547"
Community content is available under CC-BY-SA unless otherwise noted.