Flirting with the British Prime Minister while blackmailing her.

Cripple the internet systems of Europe in order to manipulate G12 nation leaders to deliver him control over the continent (almost succeeded, but then failed).

Jason Volta is the main antagonist in the 2018 comedy-spy film Johnny English Strikes Again, the third installment of the Johnny English franchise. He is the most powerful tech billionaire who lives in Silicon Valley, but is also a hacker who cripples the internet systems of Europe.

He was portrayed by Jake Lacy, who also played Brett Wyden in Rampage.

Jason Volta is first introduced when the British Prime Minister is watching him discussing about algorithms in a tech conference. Intrigued with his character, the politician insists of inviting him for an agreement. He finally arrives at her office and discusses about the current situation of the hacked traffic systems in London. Jason fixes it with his phone, Xander, by rerouting the system's service with his server farm in Nevada. The Prime Minister then eagerly wants to talk with him alone about himself.

Later, when Agent Bough tells Johnny English that the yacht DotCalm's owner being Volta himself, the two tell this to their boss, Pegasus. The MI7 head denies this, being that Volta is the Prime Minister's "knight in shining armor". However, Bough suggests that it is to be proven by infiltrating in Volta's mansion and Pegasus accepts this. For this to be done, English has to use virtual reality with P's assistance. But, while he succeeds in simulating through it, he accidentally causes several mishaps during his "journey" while wearing VR headset as he didn't unlock the floor pad under him.

The Prime Minister then talks to Volta again through a hologram about the situation of cybernetic attacks in England. Volta insists that the country's security data should be stored in his own servers located in his mansion. The British politician immediately agrees to this, and urges to discuss this with the G12 along with him.

English and Bough later infiltrate his mansion, where the former met Ophelia Bhuletova, a Russian spy and a double agent working undercover from Volta, once again after their date back in France. They made an alliance, and collect data about Volta's sinister acts and plans using her smartphone via recording through video. However, their cover is blown after Johnny accidentally played "Rasputin" when he was going to stop the recording. Ophelia then pretends that she caught English breaking and entering the billionaire's mansion. The British then escapes the mansion with Ophelia's phone as Volta and his assistant pursue him, which involves him taking the car of a Driver's Ed teacher and telling the student to transport him to the Prime Minister's office.

After he arrives, English, with Bough, tells Pegasus that the cybernetic attacks are caused by Volta, while the latter strictly denies this. When the Prime Minister finally arrives at them, Johnny, with the assistance of Bough, reveals to her Volta's acts, but has plays the wrong video since he wrongly picked up Miss Trattner's phone instead of Ophelia's. Angered by his antics, the Prime minister fires him instantly and declares that he should never be seen again in front her.

After English was bounced back to continuing his mission with Bough's help, the pair then arrives at the G12 Summit in the Garroch Castle at Scotland with the help of Bough's wife, Lydia, using her submarine, HMS Vengeance. Johnny climbs up the castle with the anti-gravity suit. Inside the castle, Ophelia pours a poison in Volta's drink in an attempt to eliminate him, but he reveals that he immunized himself with an antidote. He also knew her identity as a spy, and as she's about to shoot him, her gun has no pin because he took it out earlier. The villain then brings out a plastic gun made from his 3D printer and attempts to kill her with it, but English arrives and stops Volta. However, just as he's about to arrest the billionaire, one of the suit's carabiners hangs on the window, and when he asks Bough to turn the anti-gravity off, this drags him back, sending him off flying and landing him on the water. Ophelia then attacks Volta and escapes.

Just after that, the G12 are then settled in the conference room and has Volta discuss his intentions of using his servers to control over all their countries' data and networking systems, as long as he himself is given control with his algorithms. This made the Prime minister concerned, but he prevents her to continue, thus revealing his true nature in front of all the G12 members, especially her, with all doors from the castle locked under his order. He further discusses this by telling them that with his servers, the internet will shut down and all networking systems will be deactivated. He does this with his phone, and with all systems in Europe shut down, he enforces the rest of the G12 members to sign his petition so that he could stop the situation and give him his control. But, just as the remaining members sign his petition, English then calls Pegasus, which accidentally caused a launch code lock at HMS Vengeance, which fires a missile at the Dot Calm yacht where the Sherbet F was placed, destroying the junction box that was controlling the UK's data and thwarting Volta's plans completely.

Nonetheless, the villain escapes, just as English and Bough go after him. Volta arrives at his helicopter, but Johnny interrupts him. The terrorist shoots him with his plastic gun, but made him lose all the bullets because Johnny's wearing knight armor. Running out of options, he throws the empty gun at English. Despite his failure, Volta, as a backup plan, has Xander reroutes the countries' systems in Nevada. Just as he's about to enter his helicopter, Ophelia arrives with a tablet and manages to break in the helicopter's operating system with it. English then grabs the tablet and attempts to hack the helicopter with it, but he never knew how to use it, which has Volta mocking him about it. Just as he's about to leave, Johnny just instead throws the tablet at Volta, knocking the corrupt billionaire out. As Xander completes the rerouting duty and tell Volta that cyber attack is ready, Johnny approaches to the phone and destroys it with the sword, permanently losing Volta's corrupt control over the data worldwide.

It is not known what happens to him afterwards, but it's possible that he is arrested for his nefarious crimes involving cyberattacks.

Jason is described as greedy, manipulative, intelligent, swanky, cavalier and cruel in his role as a secretive cyber-terrorist. He takes interest in manipulating the Prime Minister in condone him to be praised for his magnificent and compatible knowledge of technology. He appears to have a calm tolerance for mistakes (even though the mistakes are small, when English intervenes) and gloats with a derisive and uppity laughter.

Volta is a very skillful programmer and hacker. He can control anything powered with electricity, especially the internet, by hacking them using his highly advanced junction box located below the yacht called DotCalm and his advanced high-tech phone named Xander which controls the hacked sources, causing them to lose control from his malicious acts. 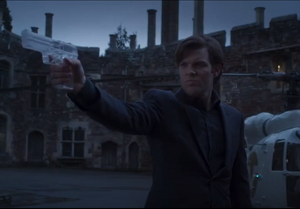 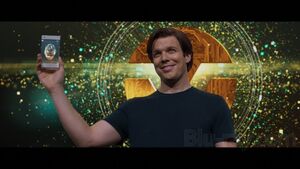 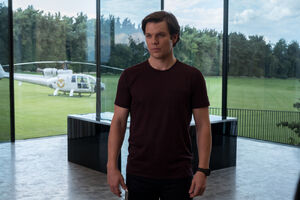 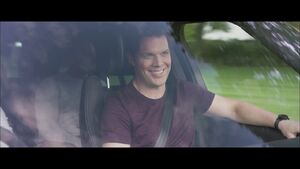