A physically and mentally deformed Jason witnesses his mother Pamela get decapitated by a camp counselor after she attempted to kill everyone in sight. 30 years later, a group of teens (Wade, Richie, Mike, Whitney and Amanda) arrive at Camp Crystal Lake on a camping trip to find some marijuana that was planted in the woods. As Mike and Whitney explore the abandoned Crystal Lake camp, an adult Jason kills Mike, but he spares Whitney and decides to kidnap her because she resembles his mother at a young age. Six weeks later, Trent along with his girlfriend Jenna, his brother, Treston, and their friends Chelsea, Bree, Nolan, Chewie and Lawrence arrive at Trent's summer cabin on the shore of Crystal Lake.

A similar incarnation of Jason also makes what can be considered an appearance in Halloween Horror Night's Kill Jason Kill, which was a 2010 Orlando "ride" used to promote the first film.

Acting as a haunted house type "ride", the spectators walk through the foggy woods of Camp Crystal Lake before entering Jason's shack and exiting out of his sewer like under tunnels.

Throughout the creepy walk, Jason constantly jumps out to scare the spectators (first it's Jason with a burlap sack over his head, then it is his bare face, and later in his iconic hockey mask) and bloody, mutilated corpses litter the grounds. 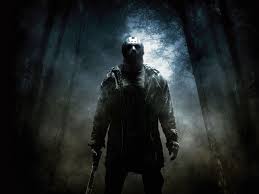 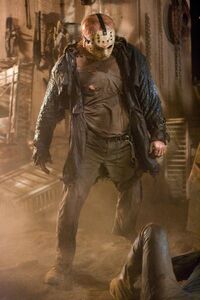 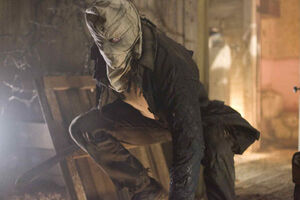 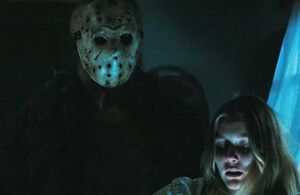 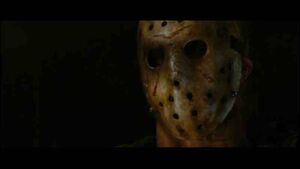 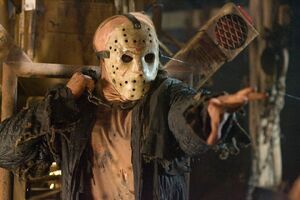 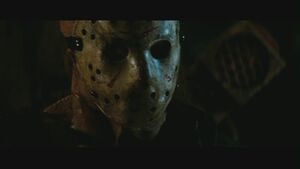 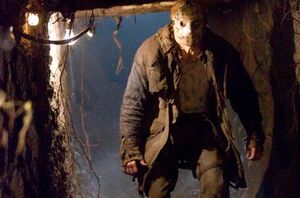 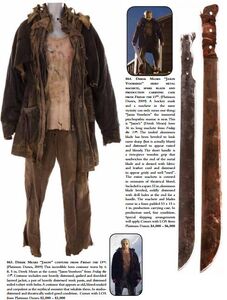 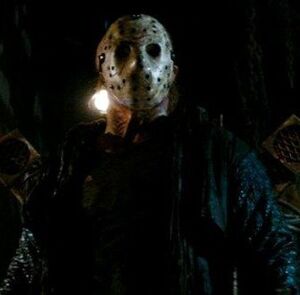 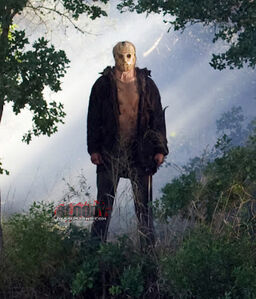 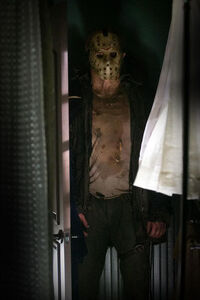 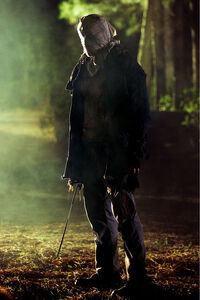 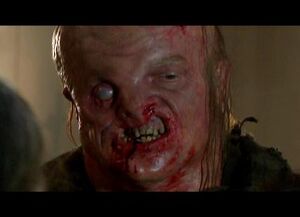 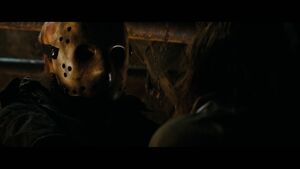 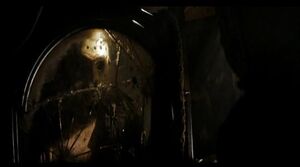