Villains Wiki
Register
Don't have an account?
Sign In
Advertisement
in: Animals, Male, Partners in Crime,
and 13 more

Armed with beaks and talons

To capture owlets and take them to St. Aegolius's Academy (film).

Jatt and Jutt are major antagonists in the Guardians of Ga'Hoole book The Capture and the 2010 film The Legend of The Guardians: The Owls of Ga'Hoole as minor antagonists. They are lieutenants, warriors and enforcers at St. Aegolius's Academy for Orphaned Owls (St. Aggie's for short) which was ran by Skench in the book and Nyra in the film.

In the books, Jatt and Jutt are indistinguishable Long-Eared owls.

In the movie, Jatt and Jutt remain identical, though Jatt is brown and Jutt is white to differentiate the two. Both owls have inversed markings (the chest markings resembling the symbol of the Pure Ones), a case of heterochromia (one eye golden and the other a pale blue in color), and beak piercings.

Jatt and Jutt instruct a group of captured owlets including Soren and Gylfie the proper way to sleep in the glaucidiums in order for them to be moon-blinked.

When Soren, Gylfie and fellow Band members Twilight and Digger (whose brother Flick was eaten by Jatt and Jutt sometime prior to the events of the book) in the Desert of Kuneer, Jatt, Jutt and a moon-blinked owl known as 47-2 arrived on patrol and attacked the quartet. However with the help of two bald eagles named Streak and Zan, the Band killed Jatt and Jutt.

Legend of the Guardians: The Owls of Ga'Hoole

In the film, Jatt and Jutt kidnap Soren and his brother Kludd (after saving them from a Tasmanian Devil) and take them to St. Aggie's.

Unlike the book, Jatt and Jutt are not leaders at St. Aggie's but instead capture owlets for them to be either moon-blinked and made into pickers or become soldiers for the Pure Ones. After Soren and Gylfie protest against Nyra's speech, Jatt and Jutt take them away to be pickers. They also observe the owlets being moon-blinked and the Pelletorium.

During the Pure Ones battle against the Guardians, both Jatt and Jutt are struck in the face by Twilight's lute.

It is unknown whether they were killed in the battle or if they were among the Pure Ones that retreated with Nyra following Metal Beak's death. 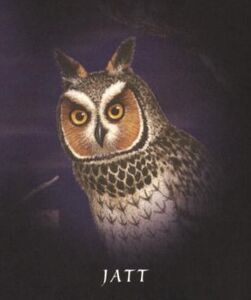 Jatt in the book. 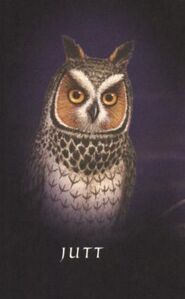 Jutt in the book. 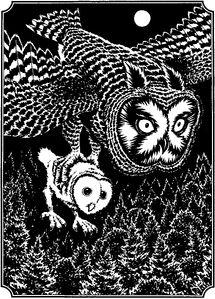 One of the cousins carrying Soren away. 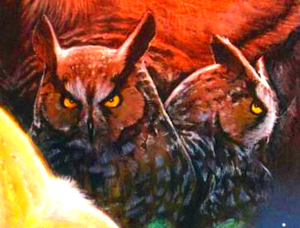 Jatt and Jutt on the Japanese cover of "The Capture".

Legend of the Owls" The Owls of Ga'Hoole

Jatt and Jutt in the film capturing Soren and Kludd.