Villains Wiki
Register
Don't have an account?
Sign In
Advertisement
in: Superman Villains, Male, Doctors and Scientists,
and 31 more

Lead scientist of the Sword of Rao

Escape the Phantom Zone. (succeeded)
Extract the Growth Codex from Superman's DNA to create a new Krypton on Earth, either alive or dead.
Build a new Kryptonian civilization using the Codex's genetic engineering ability on Earth (all failed).

Jax-Ur is a supporting antagonist in the 2013 film Man of Steel, the first installment of the DC Extended Universe. Jax-Ur was a Kryptonian scientist and a war criminal, who assisted General Zod in his failed coup of Krypton, and was sentenced to 300 years in the Phantom Zone. With the rest of his confederates, he was accidentally released from the Phantom Zone and assisted Zod in his attempt to defeat Superman and conquer Earth.

He was portrayed by Mackenzie Gray, who played Alistair Kreig and LX-13 in Smallville and voiced Obadiah Stane in Iron Man: Armored Adventures.

Jax-Ur was born on Krypton where he was genetically engineered to be a scientist of the Kryptonian Thinker Guild. Growing up with a ravenous thirst for knowledge, especially in radioactivity, he became a famous scientist among all Kryptonians.

After Jor-El predicted that Krypton was in danger of destruction, Jax-Ur joins General Zod's Sword of Rao to overthrow the Kryptonian Law Council and preserve the Kryptonian race. Jax-Ur had later participated in the Kryptonian Civil War, a military coup instigated by General Zod, and first appeared where Zod and his forces broke into the council hall and had declared the council to be disbanded. Eventually, the loyalists had won and Jax-Ur was imprisoned in the Phantom Zone along with the rest of the Sword of Rao forces. After the Sword of Rao failed and the Civil War ended, Jax-Ur and the rest of Zod's loyalists are arrested and sentenced to 300 years frozen in the Phantom Zone.

After Krypton was destroyed, the prisoners in the Phantom Zone were freed, including Jax-Ur. Under Jax-Ur's instructions, they retrofit the Phantom Zone Projector into a Phantom Drive to use the Black Zero ship to search the universe for other survivors starting with old Colonial Outposts. They then use the Black Zero ship that they were aboard to travel across space and search for other Kryptonian survivors. They found no survivors: except armor, weapons and a World Engine which they used.

After Kal-El activated an ancient Scout Ship on the planet Earth, Zod and his troops followed the signal and sent a message out across the planet demanding Kal-El be turned over to them otherwise Earth would perish. After Superman and Lois Lane were brought aboard the Black Zero ship, the Kryptonian atmosphere inside begins to null Superman's powers. Jax-Ur then has Superman and Lois Lane strapped down and mind-probed for information before Zod goes to down to Earth to find Superman's Spaceship and retrieve the Growth Codex. Jax-Ur then begins to painfully take a sample of Superman's blood for study. After Lois releases the Jor-El AI from the House of El Command Key who then changes the atmosphere aboard the Black Zero thereby giving Superman his strength back, Jax-Ur flees with Superman's blood sample in fear.

After General Zod and his forces return to the Black Zero from battling Superman and the US military in Smallville, Jax-Ur notifies General Zod that he had located the Growth Codex, telling him that Jor-El had disintegrated it and combined it into Superman's DNA. Jax-Ur also tells Zod that he can extract it from Superman, dead or alive. They then release the World Engine before taking the Black Zero to Metropolis were piloted by Jax-Ur and others, they activate the gravity beam and begin terraforming the planet.

Colonel Nathan Hardy then pilots a C-17 containing Superman's ship directly into the Black Zero where the Phantom Drive of the two crafts reacts creating a Phantom Zone portal, Jax-Ur is later sucked back into the Phantom Zone along with the other members of the Sword of Rao.

Due to being genetically engineered into the Kryptonian Thinker Guild as a scientist, Jar-Ur is extremely intelligent, but unlike his compassionate fellow scientist Jor-El, Jax-Ur is cold and cruel, as he had no qualms about experimenting on a restrained and helpless weakened Superman, due to his determination to discover the Growth Codex for General Zod. 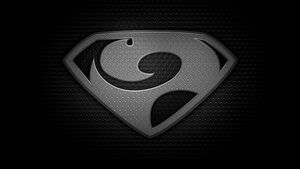 House of Ur insignia